Do you want to
congratulate 2011 Covenant Awardees?
Click here to send an
e-message.

“Their influence is enormous at a time when the Jewish community is looking for inspiration and ways to connect,” said Harlene Winnick Appelman, Executive Director of The Covenant Foundation. “These three educators, professionals and leaders work in arenas that are not only relevant and engaging, but also are the practical places where people congregate, interact, absorb ideas, and become inspired. It is through the give and take of these educators’ interactions, with whomever they encounter, that community – from the particular to the universal – is enhanced and strengthened.”

The three recipients join 60 other Jewish educators honored with a Covenant Award since the Foundation established the citation in 1991. Each will receive $36,000, and each of their institutions will receive $5,000.

The Foundation and the Jewish community will honor them on Nov. 6 at a gala dinner and award ceremony in Denver during the General Assembly of the Jewish Federations of North America.

Rabbi Eve Ben-Ora, Jewish Educator at the Jewish Community Center of San Francisco (JCCSF) for the last five years, and Director of Jewish Education at the Jewish Community Center of Houston for ten years before that, has worked to instill formal and informal Jewish education as a living, thriving and accessible piece of the organizational landscape and has made the JCCSF the Jewish address for a pluralistic, diverse community.

As the lead Jewish educator at one of the Bay Area’s centerpiece Jewish institutions – one that serves a diverse population of 17,000 members and thousands more non-members – she has framed and designed creative and engaging Jewish education programs for a wide range of audiences.

She has infused the organization with a Jewish educational mindset. Not only does she work closely with staff and teachers to foster a deeper understanding of the theory and application of Jewish values and knowledge in educational settings, she has expressed these, quite literally, on the walls of the building itself, visible to all who work or visit there, be they Jewish or not.

From an interactive digital Omer calendar that occupies the JCC’s public space, to the “Sukkot Outside In” project – which transformed the atrium of the JCC building into an indoor sukkah and offered visitors and staff digital and programmatic points of entry into greater teachings and lessons of the holiday – she has brought Jewish education into non-traditional venues.

She has worked with pre-school teachers to incorporate Judaism into the Reggio Amelia inspired educational model in the early childhood education program. And she often ventures far from the JCC campus, to Israel, where she designs and leads an annual staff seminar that instills participants with a knowledge and affinity for the Jewish homeland that they apply in programmatic and educational spheres.

“Eve’s modesty, dignity and grace touch everything we do here. She is a constant presence and reminder for each of us to work at being our best selves and she embodies the inherently Jewish values that inform all of our work.”

Rabbi Ben-Ora served for five years as Director of Education and Programs at Congregation Emanuel in Denver. And she served as Director and faculty member of the Florence Melton Adult Mini-School in Houston.

At the JCC in Houston, said Melton colleague Jane Shapiro, she “knew that her role was to embody Jewish living everywhere she went and through everything that went on at the Center … to ensoul her classes with some combination of erudition and joy at learning … to energize people around her, using Jewish texts as her energy source.”

“At the JCCSF I have had the opportunity to work with our diverse staff to bring Judaism to life throughout our agency,” said Rabbi Ben-Ora. “Making Judaism visible and approachable to all who enter our doors continues to provide us with opportunities to teach in a lively way.”

Amy Skopp Cooper has served as Director of Ramah Day Camp in Nyack (New York) since 1997, and as Assistant Director of the National Ramah Commission of The Jewish Theological Seminary for the past seven years.

Cooper lends an overflowing energy, passion and vision to Ramah Day Camp in Nyack, which under her leadership has seen a significant increase in campers, now numbering more than 700 annually from across the spectrum of Jewish life.

She applies it as well to the cadre of over 200 residential staff members – high school and college students who are the collective spine of Ramah Day Camp in Nyack – whom she nurtures, educates, and builds into a community of Jewish leaders for the future. Under her direction, the camp has become a national model for Jewish leadership development, as she guides, mentors and molds these young adults toward lifetimes of Jewish engagement, education and community building.

Jewish educational and communal leaders supporting her nomination for a Covenant Award cited her impact, the unique, expansive and visionary nature of her educational approach, and her ability to engage campers and staff to live lives emanating Jewish values and practice.

“Amy has guided thousands of young children through their early Jewish experiences,” wrote Rabbi Mitch Cohen, Director of the National Ramah Commission, and Ami Hersh, Assistant Director of Ramah Day Camp in Nyack, in a joint statement nominating Cooper for a Covenant Award. “As a master teacher and an outstanding role model, Amy has mentored hundreds of young staff members, encouraging them to strive for excellence and to become active educators and committed members of the Jewish community.”

Her commitment to Ramah is not confined to the borders of the Nyack camp. As Assistant Director of the National Ramah Commission, Cooper has lent vision to Ramah’s entire network of eight overnight camps, three day camps and camping programs in Israel.

She is responsible for training over 250 Israeli staff members annually for the entire Ramah network. And she has led senior staff to work at Ramah-style camps in Argentina and has designed staff missions to Berlin and Ukraine to bolster and enhance Jewish connectivity and education.

“This award ignites new passion, inspires creative thinking and reaffirms what has always been a labor of love for me,” said Cooper. “As a Jewish educator, I see my job weaving together a tapestry of learning experiences that resonates with young learners and encourages individuals to craft unique and compelling Jewish narratives of their own.

“I do this by constructing vibrant and persuasive Jewish learning environments, creating enduring relationships with individual learners and empowering young people to be bold and innovative community builders. As long as I am a Jewish educator, this will remain my sacred task.”

Rabbi Shai Held is co-founder, Dean, and Chair in Jewish Thought at Mechon Hadar: An Institute for Prayer, Personal Growth and Jewish Learning, an egalitarian Torah study and prayer community based in New York City.

He is widely recognized by colleagues, students, and other Jewish educators as an inspiring and visionary teacher, leader and thinker who has put a stamp on Jewish education and engagement through an egalitarian model that not only emphasizes dissection and interpretation of classic texts, but instills in students a view of the Torah as a guide to hesed, or acts of loving kindness.

“My first goal as an educator is to convey the reality that Judaism is endlessly interesting, exciting, intellectually and emotionally invigorating; to remind students that to grow as a Jew is to seek to embody the truth that we are, all of us, created in the image of God, and to live our lives accordingly,” Rabbi Held said. “But big dreams take shape in seemingly minor details. If we seek to transform the world and ourselves, we can do no better than begin with our immediate environment.”

Creating a place where Jewish heart and Jewish mind are wed has proved to be a powerful educational model, one strengthened by a commitment to those struggling within the world. Rabbi Held and his students make regular visits to the sick and elderly.

“We are not free to desist from the wonderful and sometimes terrifying work of opening our hearts to those who are suffering and vulnerable,” he said.

Affiliated with Mechon Hadar since 2006, Rabbi Held has made a mark in educational settings – including Harvard Hillel, JTS and Kehilat Hadar – where he was a sought-out and respected teacher and counselor and considered by many to be an emerging Jewish educational leader for the 21st century.

“Together with his colleagues, Shai has created a center for Jewish learning that is in many ways unprecedented in Jewish life,” said Rabbi David Ellenson, President of Hebrew Union College – Jewish Institute of Religion, who nominated Rabbi Held for the Covenant Award. “It combines a deep commitment to egalitarianism and intellectual openness, on the one hand, with a commitment to classical Jewish texts and seriousness of religious purpose, on the other.

“Shai could easily have a very successful career as a professor at Harvard or Yale, but has chosen instead to live his life ‘in the trenches,’ helping a generation of Jews take hold of their birthright and find ways to make Judaism meaningful, compelling and sustaining for the 21st century.”

Reacting to being named a Covenant Award recipient for 2011, Rabbi Held said the honor underscores the important work and approach of Mechon Hadar.

“I have always been drawn to institutions that do not fit easily into boxes, that are always willing and eager to think and re-think about questions both theological and pedagogical,” he said.

“I like to think that at Mechon Hadar we are building just such an institution– a place that is at once deeply traditional and totally egalitarian; passionately religious and relentlessly open-minded; committed to the life of the mind and the cultivation of the heart.  To have my work recognized with the Covenant Award is an immense blessing, and I am both humbled and grateful.”

Eli N. Evans, chairman of the board of directors of The Covenant Foundation, lauded the 2011 recipients and the diversity of experience and effect that they represent.

“The institutions they have enriched, the programs they have initiated, and the influence they have had on their students, their peers, and the community at large is enormous,” he said. “They do not share one denomination, one pedagogical approach, or one type of classroom. But common to all is an abiding love of Judaism and the Jewish people and a devotion to the perpetuation of the Jewish heritage.”

For guidelines on nominating an educator for a 2012 Covenant Award, and to view a list and biographies of past recipients, visit www.covenantfn.org. 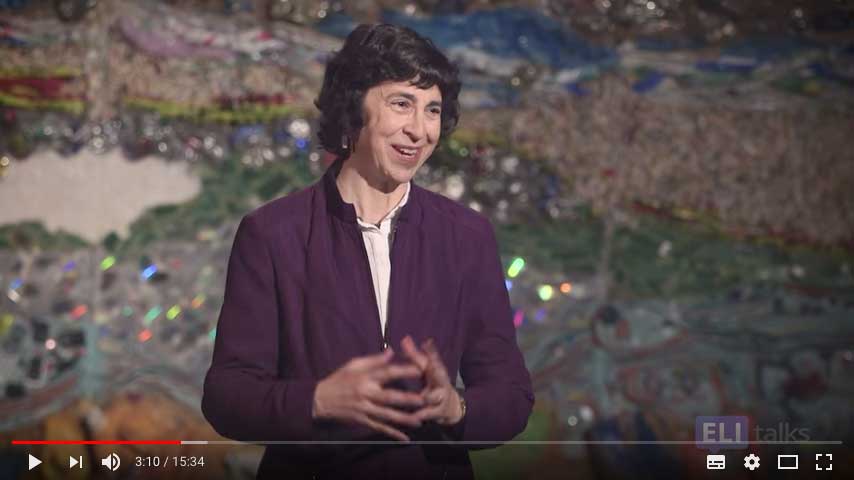 Covenant Award recipients change the world, one student at a time.