Peter Geffen, Founder and Executive Director of KIVUNIM in New York; Gitta Jaroslawicz-Neufeld, Director of Education at Allegra Franco School of Educational Leadership in Brooklyn; and Karina Zilberman, Director of Jewish Family Life and Culture at 92nd Street Y in New York are the 2012 recipients, all having made significant marks by taking innovative approaches to Jewish education.

“Through this award, The Covenant Foundation shines a light on Jewish education and the talented and dedicated people who labor so vigorously on the front lines,” said Eli N. Evans, Chairman of the Board of the Foundation, in remarks at its annual dinner at the General Assembly of The Jewish Federations of North America. “A common theme connects the 2012 honorees. They are all people who were inspired to take a risk and create something new. Through their imagination, perseverance and sheer will, they are transforming the world of Jewish education.”

The award, among the most prominent citations on the Jewish landscape, goes to three educators every year after a rigorous selection process. Including this year’s awardees, 66 Jewish educators have received a Covenant Award since its establishment in 1991, and this year’s recipients were selected from among 130 nominees.

The Covenant Foundation is a partnership between the Crown Family Philanthropies and the Jewish Education Service of North America (JESNA). Members of the Crown family – including Renee Crown, Barbara Goodman Manilow and Steven Crown – presented the three recipients and bestowed the Award.

In their acceptance speeches, the three Covenant Award recipients identified the passions that have shaped and propelled them, and the primacy of Jewish education in ensuring community engagement, continuity and vitality.

After being presented The Covenant Award by Renee Crown, Peter Geffen cited Rabbi Abraham Joshua Heschel, a leading 20th century Jewish theologian and educator, as an influence and mentor who during the civil rights movement implored him to “teach the children a Judaism to remake the world.”

“I cannot claim to have done what Heschel told me to do,” Geffen said. “But I have tried, and your recognition today of my life’s work is a powerful affirmation for me of the rightness of that path. Much needs to be done to fulfill that charge, but the significance and nobility of the effort is recognized today by your award to me.”

As founder of KIVUNIM and The Abraham Joshua Heschel School in New York, Geffen has devoted his career in Jewish education to elevating Jewish identities informed and driven by social justice, creating educational models in which knowledge of Jewish communities around the world propels individual and collective growth and community building for next generations.

KIVUNIM was founded in 1999 as a program for educators at North American Jewish day schools and has provided summer institutes in Israel and exposures to Jewish communities worldwide. KIVUNIM: New Directions opened in 2006 and provides experiential learning about Israel and world Jewish communities to students from across the United States for a full academic year between high school and college.

Students immerse themselves in the Jewish homeland, and travel to Diaspora communities to deepen their knowledge of the Jewish narrative and to develop worldviews that will become imperative to an expanded Jewish consciousness within the leadership of the next generation.

Geffen was also founder and principal of the Park Avenue Synagogue High School in New York, and established it as one of the premier centers of student social justice programming.

He said in his remarks that he views his work and impact as moving Jewish education to a “new outer-directedness actively seeking improvement of the world’s tolerance, mutual respect, commitment to human rights and human dignity, in a just and peaceful world.”

Receiving The Covenant Award from Barbara Goodman Manilow, Gitta Jaroslawicz-Neufeld said Jewish educators are catalysts for growth and change in the classroom and beyond, and that this has guided her approach and philosophy as Director of Education at Allegra Franco School of Educational Leadership in Brooklyn.

“As teachers, we must think of the world of our students, seeing them as owning unlimited potential, and, at the same time, reflections of ourselves. Our teaching impacts our community and our nation,” she said. “What an awe-inspiring charge!”

In her position for the past seven years, she has done just that, leveraging the power of Jewish education to redefine students’ lives, ensure community continuity and tradition, and affect social structures.

Drawing on her background and interest in Judaic Studies and teacher training, she has served not only as an educator, but also as role model, guiding Sephardic women in Brooklyn and elsewhere along a path toward personal enrichment, spiritual knowledge and growth, and professional training as Jewish educators.

Her impact can be measured in the growth of the school, strengthening of its programming, and creation of a new cadre of Jewish educators in the Sephardic community. And, in the growing emergence of Sephardic women as educated and professionally engaged citizens within their own communities and beyond, and as purveyors of community traditions to contemporaries and students.

Not only has she developed and put into practice teacher training and adult education programs for Sephardic women, but she has mentored new teachers in Sephardic community schools, created academic partnerships with area colleges, provided continuing education and guidance for graduates, and injected the use of technology into Judaic Studies and teacher education.

The role and impact of an educator, she said, goes beyond the classroom walls.

“We must foster a sense of confidence in our students – even when we are not there, we’re there for them,” she said. “They can use our lessons and reflect our light.”

“The grand will of humanity is to be found in the ‘I Thou’ relationship,” she said. “When we surrender to the magic that happens in that encounter, destiny finds us. So the work of our life is to find the people with whom we can create that magic and to create a community where people can find a sense of purpose, both individually and collectively.”

Zilberman is the creator, founder and leader of Shababa Community, an immensely popular and vibrant Jewish family education initiative that is stamped with her passions for creativity, arts, performance and community building.

The program is a gateway for affiliated and unaffiliated families to partake in Jewish life and education at 92nd Street Y, the Jewish community and cultural center, and is a path toward continuing Jewish immersion beyond it. In just five years, Shababa Community has grown exponentially, and is closely watched by other communities as a model for reaching Jewish families wherever they are on their Jewish journeys.

Beginning in 2007 as a pre-Shabbat sing-along – with Zilberman leading just six participants with her guitar and Coco, her sloth puppet, in 92nd Street Y’s lobby – the program now attracts hundreds every week.

She has grown the initiative beyond the Friday morning experience, believing that Jewish family education cannot and should not be one-off, but should exist along a continuum. Today, a menu of intergenerational family opportunities, all under 92Y’s Shababa Community umbrella, has helped to reinvigorate 92nd Street Y as a destination for Jewish exploration for children and families.

“When the Shababa Mamas sing at a shelter, or organize an emergency food drive, when Shababa fathers make hundreds of sandwiches with their kids for hurricane relief, when families go under a tallit to say the Shema together, and when grandparents have tears in their eyes because their children and the children of their children are creating their own Jewish life, God is present,” she said.

For guidelines on nominating an educator for a 2013 Covenant Award, and to view a list and biographies of past recipients, visit www.covenantfn.org.

The Covenant Foundation is a program of the Crown Family Philanthropies and the Jewish Education Service of North America (JESNA). 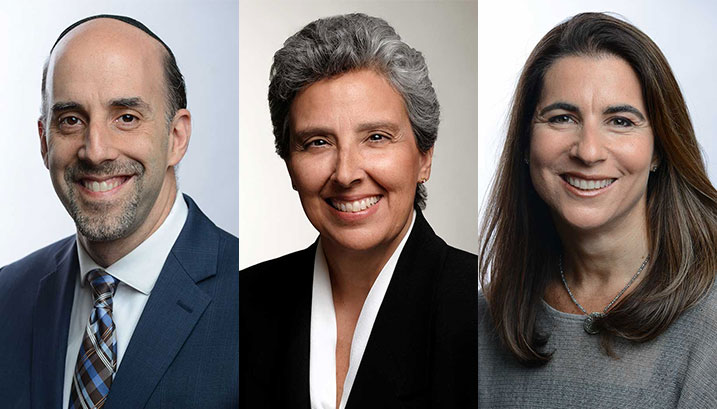 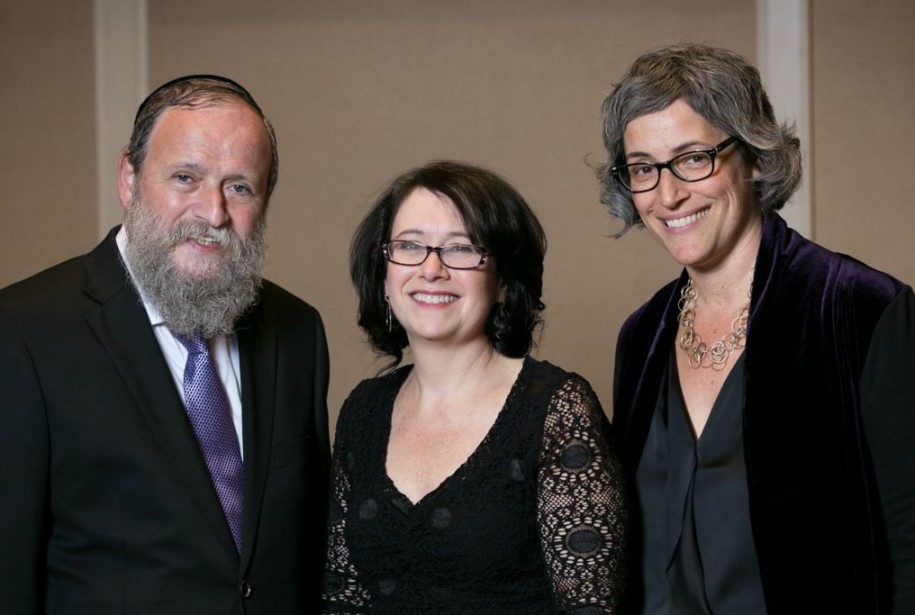 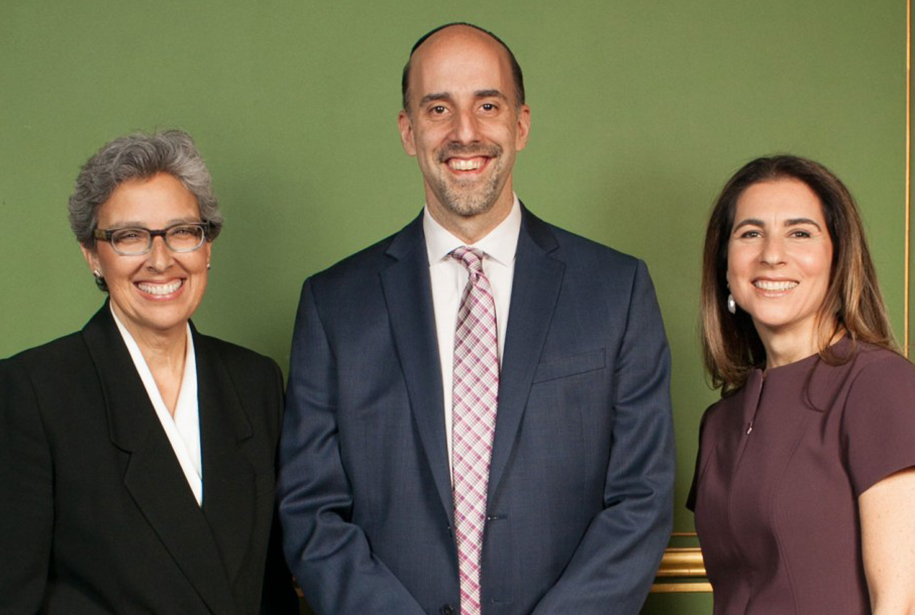