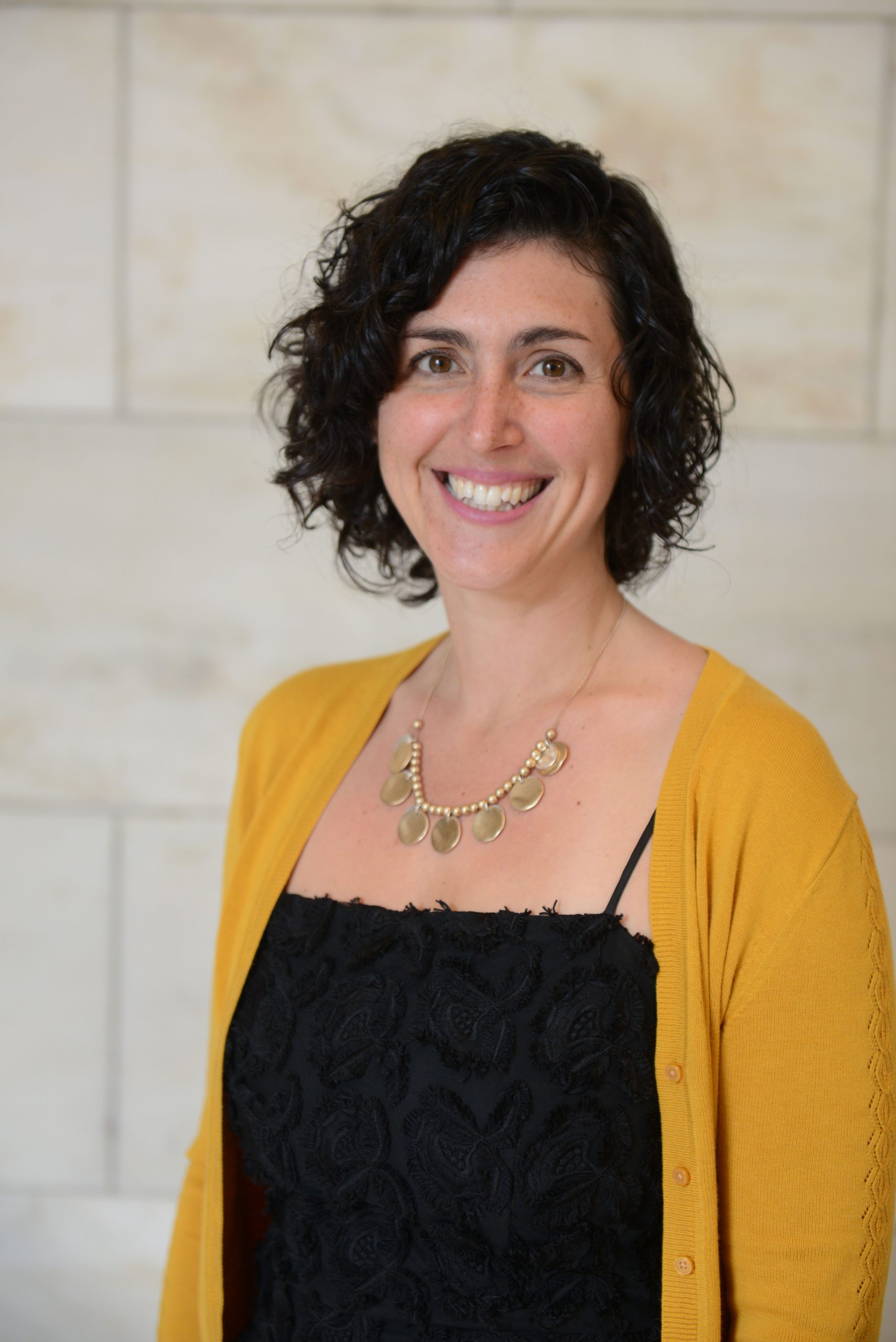 Rabbi Adina Allen can still hear the question her mother asked her when she was a young child and teenager: “Have you made art about it yet?”

It was posed whenever young Adina was questioning or struggling or dreaming or reflecting — an invitation to explore through art, in whatever form, to access a place of self-understanding, healing, and growth.

“In my nine-year-old head I probably got mad for a while and then grabbed some materials and made some art, just like she asked me to, and came to some clarity — or an entirely new question would come forth,” Rabbi Allen said.

The house she grew up in outside Chicago was filled with canvases and supplies, and art space took up a good percentage of square footage, so it was all pretty accessible and natural.

That environment owed to her mother’s seminal and influential work advancing the therapeutic value of art making in communal settings — what has become widely and colloquially known as the “Open Studio Process.”

“What I realized and learned over time was that answers exist within each of us, even if we are young, or otherwise don’t think we know them,” Rabbi Allen said. “And, that art making can be a way to tap into our intuition and insight.”

In 2014, the same year that she received her rabbinic ordination from Hebrew College, Rabbi Allen co-founded (with her partner in life Jeff Kasowitz) the Jewish Studio Project (JSP) in Berkeley, CA. Now, she occupies the zone where art, Judaism, and personal and social mindfulness merge as she builds that vibrant portal into Jewish engagement and education.

With the Jewish Studio Project, Rabbi Allen envisioned “another iteration of the Open Studio concept but applied to the Jewish cultural and social context that I was coming into as a newly ordained rabbi.”

She received The Covenant Foundation’s Pomegranate Prize in 2018 in recognition of her potential and promise as a rising Jewish educator.

JSP’s core approach makes room for the communal and the individual with a purposefully designed combination of beit midrash, hevruta, and art making, broadly defined — within a framework of personal intentionality and reflection.

“The pedagogy and methodology allows people from diverse life experiences to be together with the same material in a way that is generative and stimulating and very personal,” Rabbi Allen said.

Looming large is Rabbi Allen’s righteous activism, manifested throughout her life in various ways and notably as an environmental studies major at Tufts University. Then, with her mother, she created a studio art installation alongside an international environmental conference so that participants could not only engage the academic material being presented, but process the emotional aspects of climate challenges through a different, more creative and illuminating prism.

This repair-of-the-world, social transformation imperative of Judaism, Rabbi Allen said, is a major hoped-for outcome of the pedagogy she designed and practices through JSP.

“We are all creative, we are created to create, and our creating creates the world,” she said.

“This work is ultimately about transformation of the personal and the collective. I see it as a catalyst for social change. Rabbinic literature teaches ‘Adam olam katan, olam adam gadol’ — the human is a microcosm of the universe, the universe is a macrocosm of the human. So how does the world change without us changing?”

Through community programs, immersive experiences, and professional development seminars, JSP has brought its work — in person and virtually — to over 15,000 participants and more than 130 organizations seeking creative approaches to Jewish engagement.

Rabbi Allen received the 2018 Pomegranate Prize just four years after she co-founded JSP. She described the Prize as a significant marker in her own evolving Jewish story.

“It’s hard to be an entrepreneur, and not just from the perspective of starting and maintaining an organization, but also bringing a whole new idea to bear on the field of Jewish education.

“The recognition of JSP and its approach, and the validation and belief in me as a leader, gave me confidence and a community to fuel and support me. I just can’t overestimate how important that has been.”

With resources attached to the Prize, Rabbi Allen began working with professional writing coaches as she prepares to author her first book, yet untitled.

The book will reflect the work of JSP, she said, exploring Jewish text and “how our inherent creativity can help us meet the challenges in our lives and the world.”

And already, the JSP model is being replicated. Rabbi Allen has created a network of trained facilitators to bring the pedagogy and practice on a sustained basis to communities far from Berkeley.

Reflecting on the impact she believes she is making in Jewish education, Rabbi Allen said there is value and purpose to redefining Jewish spaces.

“We are blurring the boundaries. Part of the impetus to bring beit midrash together with the art making practice is to invite the subconscious and spirit and other parts of ourselves — all aspects not normally present in an educational setting — into the room.”