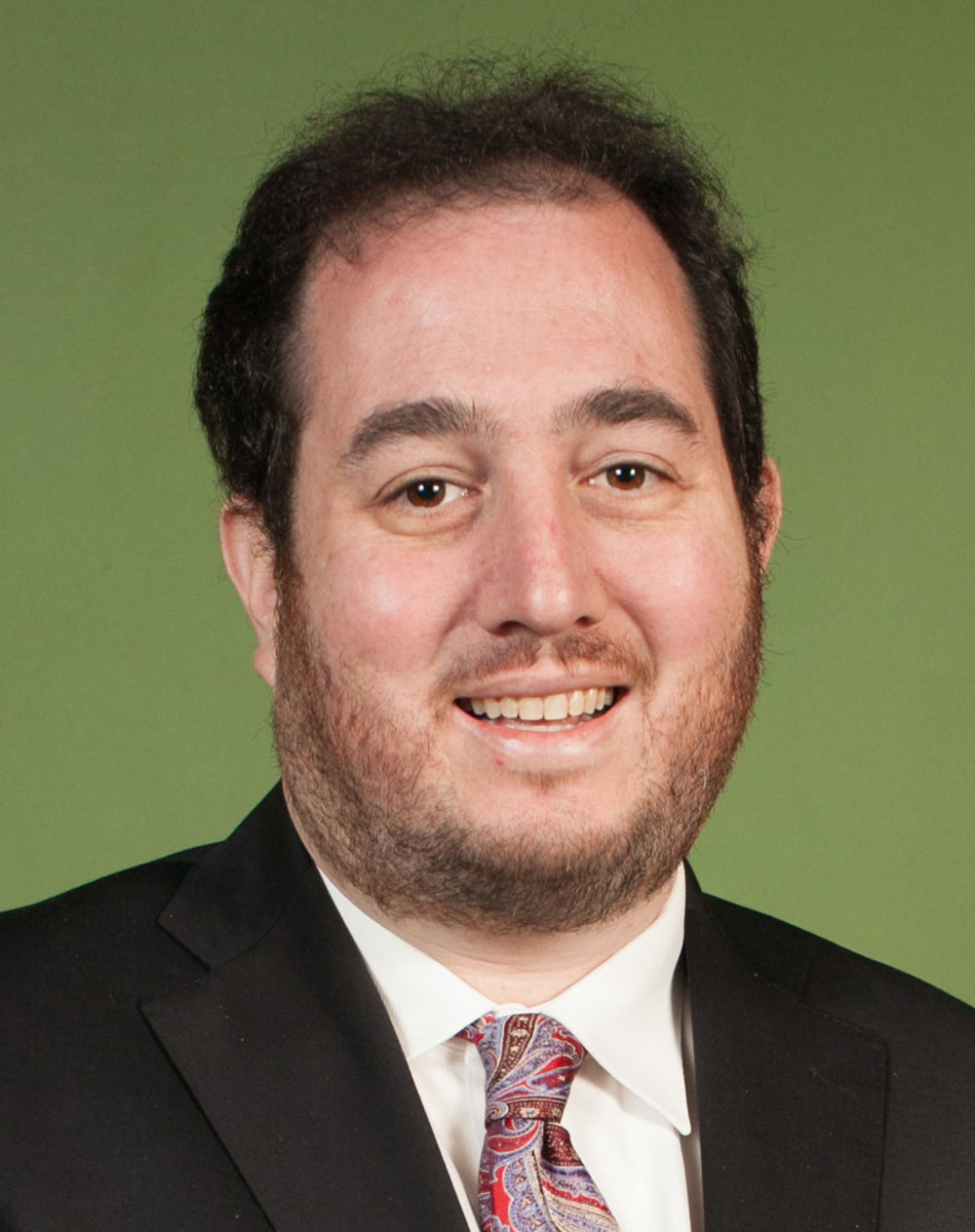 It happened during a Yom Kippur Neilah service in 2019. He was next to a woman who was in the early phases of converting to Judaism.

“She’d never been to Yom Kippur services before, and she turned to me to say, ‘This is the most incredible feeling,’” said Rabbi Adam Greenwald.

“I thought about how many Jews during the Neilah are looking at their watches and counting down the minutes until the fast is over, and here is this woman saying she doesn’t want this to end.”

The story animates Rabbi Greenwald, speaking as it does to the nature of discovering Jewish teachings and practice for the first time, adopting Jewish values and identity, and making it all deeply meaningful to one’s life journey.

As Director of the Miller Introduction to Judaism Program at American Jewish University in Los Angeles, Rabbi Greenwald has lots of stories like that one. The program is a leading center embracing, teaching, and counseling primarily those seeking to convert to Judaism and interfaith couples, but also those he says are “reclaiming” their Judaism.

“The people I meet and teach are profoundly curious about this incredible thing called Judaism that the majority of our community sometimes takes for granted,” he said.  “Working with them is like taking a little kid to Disneyland. They are excited and wide-eyed about everything. It’s all just magic.”

Rabbi Greenwald received a 2016 Pomegranate Prize from The Covenant Foundation for his vision, promise, and potential as a young Jewish educator. He received the prize while directing the Miller program, and it served to underscore his vision and success in reimagining and growing the program itself. Receiving the prize also served as an acknowledgment of the impact he’s had elevating the engagement of converts to Judaism, interfaith couples, and lapsed Jews into the Jewish educational conversation and framework.

“It is worth celebrating that over the past few decades many of our Jewish communal institutions have committed themselves to become more welcoming of interfaith families,” Rabbi Greenwald wrote last year in eJewish Philanthropy, in a commentary that could apply to converts to Judaism as well. “Where once such families were treated as marginal, at best, and threatening, at worst, now we see a profound shift to inclusion and embrace.”

Under his leadership, the Miller program has undergone significant changes to meet 21st century sensibilities, and has seen remarkable expansion as well.

For example, Rabbi Greenwald redesigned and enhanced the Miller curriculum and created the Intro Network, which in 2020 extends to 61 congregations across North America using the curriculum to engage more than a thousand people. He is currently spearheading Miller’s first-ever Shabbat Retreat for alumni of the program to advance and strengthen community, connection, and continued Jewish learning.

He authored On One Foot: An Intro to Judaism, published in 2015 and considered a seminal textbook on Jewish practice, observance, and beliefs. That text is the foundation of the Miller curriculum used widely within the Jewish educational community, and he plans to give it a digital platform to reach even more people.

“My work on this was one of the most exciting phases of my professional career,” he said of On One Foot.  “It is not only useful, but it is beautiful and that matters in a learning experience and not in a trivial way. Aesthetics transmit what we value, and we should always be mindful of that. Producing a piece of study material that is thoughtfully and carefully designed and beautiful communicates our love for Judaism and our desire for students to fall in love with it as well.”

His imprint extends beyond Miller to Honeymoon Israel, an organization providing immersive trips to Israel for couples – with at least one Jewish partner – who are on the margins of Jewish identity, in order to create communities of couples building deep and meaningful connections to Jewish life. Rabbi Greenwald led Honeymoon Israel’s pilot trip in 2014 and four more since then, and maintains networks with participants.

It was four years after Rabbi Greenwald became director of the Miller program – and five years after he earned his rabbinic ordination from the Ziegler School of Rabbinic Studies at American Jewish University – that he received the Pomegranate Prize.

“One of the things I appreciate about The Covenant Foundation is that with great intention it celebrates educators and makes us all feel like we are rock stars. Being recognized by this prestigious foundation and being brought together on a regular basis with others in the trenches doing the hard work and being told that our work is important, it gives us all renewed life and strength at a time when we all need it.

“More than anything that I learned or anyone that I met, that overall feeling of being appreciated individually and as a cohort was most valuable.”

With Prize resources, Rabbi Greenwald purchased books and resources to advance his own learning, and he participated as a Fellow with the National Center for Learning and Leadership (CLAL) Rabbis Without Borders initiative, an 18-month, multi-denominational, pluralistic, and continuing convening focused on innovation in Jewish inclusion and engagement.

“The focus and value is on big thinking about how to use Jewish wisdom in the public marketplace of ideas, which speaks directly to me in my work and the impact I hope I am making and will continue to make,” he said.

“We must liberate Torah from just being in the synagogue, and bring it to where people are living. We need to drill down to what people want from religion and how we can utilize the spiritual technologies of Judaism in ways that are fresh and relevant to them.”

Rabbi Greenwald considers his place as a Jewish educator as a natural extension of his own love of Jewish learning and its power to transform individuals, families, and communities.

“I am spending my life teaching people the same things I was and am curious about.  They are people who are writing new stories for themselves. To be a guiding hand in that process is one of my blessings.”