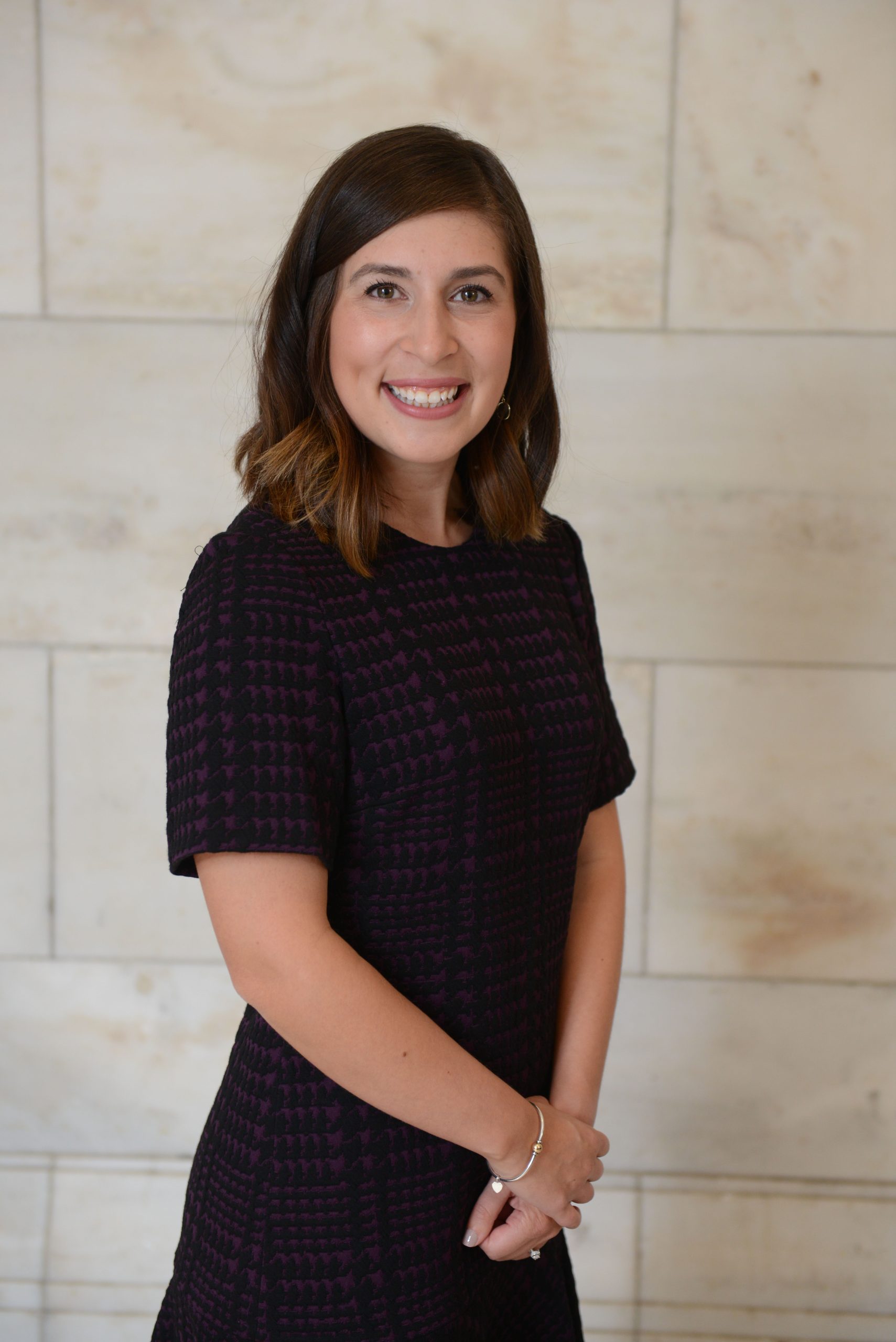 What, exactly, is a Dreidel Dash? On one hand, it’s a 5K race attracting hundreds of runners, but on the other, it’s really much more — a colorful showcase of Jewish identity and pride, an opportunity for intergenerational engagement, and a moment to examine and practice themes of Hanukkah itself, like resiliency, fortitude and bravery.

“This is precisely what taking Jewish education out of the classroom looks like,” said Hannah Kearney, Director of Havayah, the teen community at Temple Beth Elohim (TBE) in Wellesley, MA. A runner herself, Kearney imagined this annual event that began in 2018.

Immediately, she cites the Dreidel Dash when describing her framework and pedagogy — one rooted deeply in the experiential, the creative, the playful, the artful, the personal, the teen-driven and designed.

“My most consistent theme and viewpoint is finding and seeing light within each of us, and discovering ways to bring energy and excitement to everything we’re learning about Judaism,” she said. “Let’s learn about it through doing it rather than starting from a place of detachment.”

Kearney, who has spearheaded the Havayah program since 2016, and was a youth educator at TBE for six years before that, received a Covenant Foundation Pomegranate Prize in 2018 to recognize and support her promising trajectory as a Jewish educator.

That she embraces, practices and advances what she described as an “organic approach” to supplementary Jewish education is an outgrowth of her own upbringing and relatively delayed emergence into Jewish practice and learning.

Kearney grew up in an interfaith family in rural Pennsylvania — where, she said, “there were no other Jews within sight in any direction” and the nearest synagogue was at least an hour away.

It wasn’t until her mother converted to Judaism, when Kearney was in high school, that she found herself on a path of Jewish self-discovery with an ongoing thirst for Jewish learning.

“My mother’s conversion opened up an opportunity for all of us to learn and ask questions,” she said. “We went from a household of knowing we were Jewish but not knowing what that meant, to one that celebrated Shabbat and went to services every week and tried to unpack as much as we could.

“That unique, late introduction to Judaism has always informed me as a Jewish educator. I’ve never taken my Judaism or the opportunity to learn about it for granted. And for me, the best way to keep learning about something is to teach it.”

There’s another angle here too, and that’s the fact that in her rural community, Kearney was home-schooled until she went to college. That meant no pre-ordained structure, but only going where passions lived and exploration beaconed.

“It was like, OK, we want to take a deep dive into American history, so let’s go to Gettysburg, and let’s go to a museum, and let’s meet this person and read this book,” she said. “I learned beyond any boundaries of curriculum or homework or assignments. It was learning for the sake of learning and every moment was an opportunity for that.

“I see Jewish education in much the same way that I experienced education growing up. I’ve always tried to find opportunities that were moments of living that opened up learning in a much more exciting way.”

Her upbringing has also infused her with the sensibility and insights to meet students wherever they are on their Jewish journeys, and with an appreciation of 21st century teens who are richly diverse and gravitate to self-directed, interest-based Jewish learning in creative, non-frontal environments.

So when she became director of Havayah (Hebrew for “experience”), for example, Kearney partnered with students to restructure the program and create portals to engagement and learning that are multi-faceted and richly inviting, with an intention of moving away from the more binary and traditional models that preceded it.

The Havayah website now reads like a catalogue, with chavurot built around particular passions — from acting, music making and sports, to those formed around gender identity or social justice issues. The common threads through each are ten core middot.

“The result is an understanding of what it means to live a Jewish life and live by Jewish values and understanding what might be magical about that experience,” Kearney said.

Early in her career, Kearney recalled, she completed a certificate program for Jewish educators working in the teen and young adult space. “I remember finishing the program and just not knowing where any of this work could lead,” she said.

But a shift came two years after becoming director of Havayah, when she received the 2018 Pomegranate Prize and realized in a tangible way that the greater community identified her sector of Jewish education as worthy of recognition and support.

“It was a moment when I thought — wow, this work means something and is acknowledged. My perspective changed, from identifying as just an educator doing a job, to an educator with a calling and contribution to make to the whole.”

The stimulation of being part of a cohort of five 2018 Pomegranate Prize recipients — and also a larger Covenant Foundation ecosystem — in which “there was freedom to be honest and curious” spurred her to think larger and more broadly, she said.

“I always came away from a Covenant engagement with 400 ideas and dreams about what Jewish life and learning could look like,” Kearney said. “It has been exciting to be in a field of dynamic Jewish educators from across the country who are energetic about what we can do, rather than what we can’t.”

Grasping that expansiveness in thought and vision, Kearney used resources attached to the Prize to earn a master’s in Jewish Educational Leadership from Hebrew Union College.

“I’ve always wanted to learn in a formal setting and dive deeper into theory and practice, so this opportunity came at the perfect time. The degree was the big dream for me.”

And to exercise her passion for the arts, and their application to Jewish education, she immersed herself in a local course on encaustic painting — a technique in which pigments are mixed with hot liquid wax to create a unique depth and translucency. The form, she said, is perfect for personal expression of Jewish text and one that she wants to eventually introduce to supplementary school settings.

“The question of how we engage in Jewish living and learning — and how we can find meaning in our tradition through our life experiences and community — is one that I will be wrestling with for a long time.”