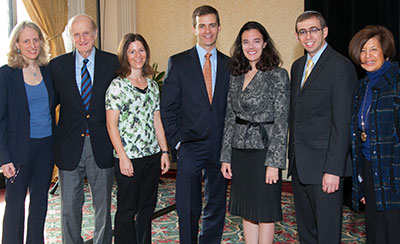 The Foundation named the newest recipients of the Pomegranate Prize at its annual award ceremony here today during the General Assembly of the Jewish Federations of North America.

“We know that encouragement early on in a person’s career can make all the difference in their success,” said Keating Crown, a member of the Foundation’s founding family, as he introduced the Pomegranate Award recipients to hundreds of Jewish lay, communal and educational leaders gathered at the event.

“The Pomegranate Prize nurtures the seeds of emerging talent and publicly recognizes their potential to contribute to a more promising future for Jewish education,” said Eli N. Evans, Chairman of the Board.

The Covenant Foundation is creating a growing network of Pomegranate Prize recipients and providing a laboratory and platform for them as they immerse themselves in foundation-supported professional development and leadership programs, peer-to-peer gatherings, mentorships and other educator initiatives. Each recipient receives a $15,000 fund to fuel educational projects and their development as change agents in their communities and in Jewish education.

“The Pomegranate Prize recognizes that ‘from generation to generation’ includes not only crossing the generations from teacher to student, but also nurturing the next generation of teachers and honoring the work of those in the early stages of their careers in Jewish education,” said Martha Minow, Dean of Harvard Law School and a board member of The Covenant Foundation. “This effort allows the Foundation to celebrate great and imaginative efforts by people relatively new to Jewish education and, we hope, inspire others to follow in their paths.”

The Pomegranate Prize, and the resources dedicated to the recipients, is an investment in the future of Jewish education, said Harlene Winnick Appelman, Executive Director of The Covenant Foundation.

“We believe that a teacher’s passion can spark generations and encourage positive social growth. The Pomegranate Prize is a unique and powerful tool to support that passionate growth, not only by identifying new levels of excellence and by encouraging specific innovations, but also by creating a community of problem-solvers, building the skills of individuals, and mobilizing new talent.”

Maya Bernstein is the Strategic Design Officer at UpStart Bay Area in San Francisco, a social innovation and consulting firm supporting Jewish entrepreneurs and facilitating change and growth in Jewish organizations. Her writing on the intersection of Jewish thought and change theory has appeared in The Jewish Week, Zeek, ejewishphilanthropy.com, The Huffington Post, and other publications, and she has taught in Belarus, Germany, China, and Israel. She earned a bachelor of arts in Russian Language & Literature at Columbia University, and a master’s in Education at Harvard University.

Rabbi Eliav Bock is Founding Director of Ramah Outdoor Adventure at Ramah in the Rockies in Denver. He received his rabbinic ordination and a master’s in Informal Jewish Education at The Jewish Theological Seminary. Prior to rabbinical school, he worked in the finance industry in New York City. He is a graduate of the joint program at The Jewish Theological Seminary and Columbia University and has bachelor’s degrees in Bible, Urban Studies and Economics.

Rabbi Nicole Greninger is Director of Education at Temple Isaiah in Lafayette, CA. She graduated Phi Beta Kappa from Dartmouth College and was ordained as a Rabbi and earned a master’s in Religious Education from Hebrew Union College – Jewish Institute of Religion. She is passionate about liturgy, prayer, worship, and ritual, and is the author of “Believing, Behaving, Belonging: Tefillah Education in the 21st Century,” which appeared in the Journal of Jewish Education in 2010.

Rabbi Barry Kislowicz, Ed.D is Head of School at Fuchs Mizrachi School in Beachwood, OH. He completed his bachelor’s degree at Yeshiva University and received his rabbinic ordination there while completing his doctorate in education at Teachers College, Columbia University, as a Wexner Fellow. He began his teaching career at Ramaz Upper School in New York City. He has worked as a teacher and administrator at Fuchs Mizrachi since 2004, and was named Head of School in 2011.

Sarah Lefton is Founding Executive Director of G-dcast in San Francisco, which advances Jewish literacy through short animated films and games. Trained in digital art and publishing, she produced a short animated video about Parshat Balak for fun and it grew into a series. G-dcast now creates professional development opportunities for educators and innovative programming for young Jewish artists. She was named by The Forward as among the most influential Jews in 2009, and is a recipient of the Joshua Venture Group Fellowship for Jewish social entrepreneurs. 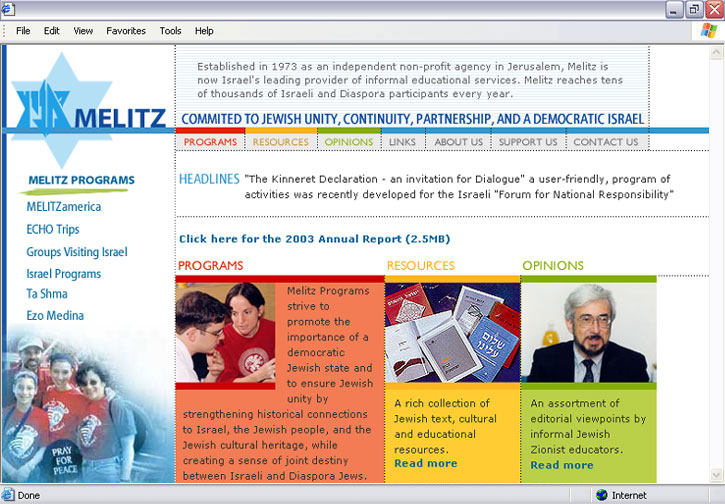 A Jewish Electronic Bulletin Board