One manifestation of this will be revealed next month, when a multi-panel mural – designed by students at The Binah School and reflecting the principle of inclusive community – debuts at Memorial Park Beach. There, it will take its place as this town’s first piece of public artwork and culminate a yearlong effort by students to make Jewish teachings real, tangible and transformative.

“This is a piece of art that will be very public and get a lot of attention,” said Dina Halper-Rosenthal, a ninth grader at the school who, like all the students here, was involved in its formation. “The message will be very clear, and that is that we are all valuable and that ability or disability just doesn’t matter.”

The mural itself is the final and most visible outcome of a program at the school, funded with a Covenant Foundation grant, to inject arts into Jewish social justice studies. It is one part of a broader approach – in educational parlance known as expeditionary learning – weaving an overall theme across classrooms and beyond the walls of the school itself.

At Binah, which enrolls Orthodox Jewish girls in grades 6 to 9, the expeditionary theme this academic year is inclusion and disabilities, informed by the Jewish value of areyvut, the responsibility of a community to take care of its members, including its most vulnerable.

The theme has taken a central place in the school’s DNA, framing just about everything from Jewish text study to science class to community service projects and field trips.

Last year, the school’s first, the theme was food justice and gleaning. More than 750 pounds of food gleaned by students at multiple farms was distributed to needy families in the greater Boston area.

Next year, when the school’s enrollment is expected to grow and another grade added, students will focus on water resources locally and globally – all, of course, through a Jewish lens.

“We want students to know that Torah is a guidepost for acting in the world,” said Rina Hoffman, Binah’s co-founder and co-director. “As they become more reflective, we are shaping how they view the world and how they view themselves and their ability to make change and impact. They don’t have to wait until they are adults to make a difference.”

As the notion of inclusion and areyvut permeated the school’s culture this year, students studied under the tutelage of a professional muralist, Tova Speter – brainstorming ideas, pulling from their ever-increasing real-world exposures to inclusion issues, and citing Jewish teachings and text – to conceive and design the installation purposefully and collaboratively.

Michal Oshman – also co-founder and co-director of the school – worked in the muralist community in San Francisco’s Mission district, and knows well the power of art to strengthen, define and motivate community.

“There is an inherent power within art to illuminate and change minds,” she said. “It can be transformative to those who create it and those who view it. With this mural, we are at once deepening our work in our community and our world and our Jewish identity. That is our design.”

The main panel of the mural itself soars nearly eight feet tall and nearly twice as wide. It depicts students’ interpretation of the Tree of Life with elements of community, diversity and inclusion.

The collection of panels includes segments created by town residents, and the entire installation will offer tactile features such as Braille, in keeping with the inclusion theme, and multi-media functions such as a QR code linking to community resources for the disabled.

“When you see this mural, it makes you think about something you might not have considered before – the importance of inclusion and areyvut,” said 13-year-old Binah student Zohi Dreyfuss. “Here we are using art to connect people to this idea.”

The mural will live on one of the most popular and bucolic pieces of real estate in Sharon, at a waterfront park overlooking Massapoag Lake not far from the school itself. Students presented proposals to municipal commissions to get approvals and are now working with officials to plan the unveiling.

Paul Remy, Chairperson of the Commission on Disabilities, is one town official working with the students. He has cerebral palsy, and noted that students are living what the mural conveys, that physical or developmental differences are not barriers between people.

“Due to my cerebral palsy, which forces me to use a wheelchair and makes my speech unclear, many young people avoid me,” he said. “The Binah students, however, overlooked my physical limitations and eagerly greeted and talked with me.

“Their mural at Memorial Beach will not only increase awareness and inclusion of people with disabilities, but it will give them well-deserved recognition for the marvelous work they have done for the betterment of their community.”

Unusual and significant is the community engagement afforded by the project. As the mural reaches completion, the school recently invited community members to get a preview and to have an imprint on it by casting and painting molds of their hands that will ultimately frame parts of the installation.

“Here the case is being made that Judaism has something to say in the public space,” said Ronit Ziv-Kreger, Binah’s Founding School Learning and Design Consultant, and the parent of a student there, as she put final touches on one of the moldings. “At stake here is that our young people are seeing Torah as relevant to contemporary life.”

Also there was 11-year-old Binny Ellenbogen, an energetic and engaging boy with Down syndrome. He belongs to a local chapter of Yachad (the National Jewish Council for Disabilities) that Binah students organized during this year of intense focus on inclusion and disability issues.

As he made cast moldings of his hands and did some painting, his mother Debbie, herself an educator, noted the value of the mural to the school itself and to the greater community.

“The higher profile this issue is, the better it is for everyone,” she said. “This will reinforce the issue for those who already think positively about it. And for others, it will push them to be aware of it and think about it too.” 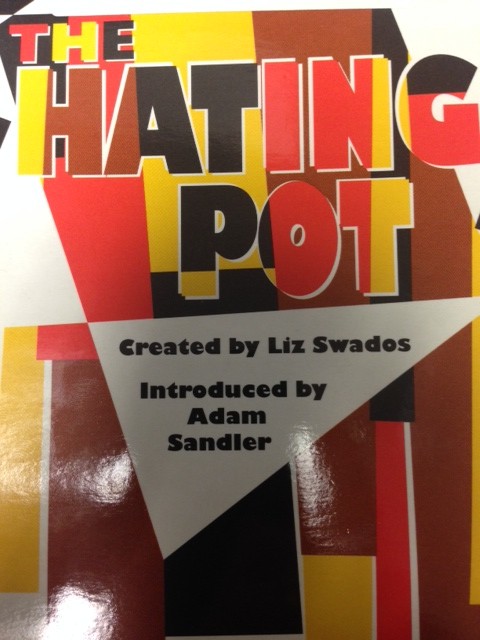 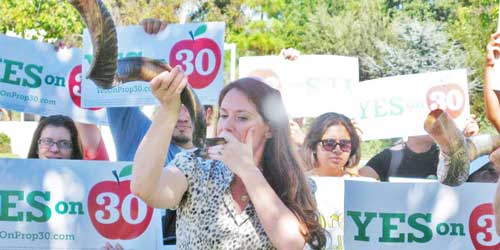 Drumming for Justice Around the Table, Out in the World 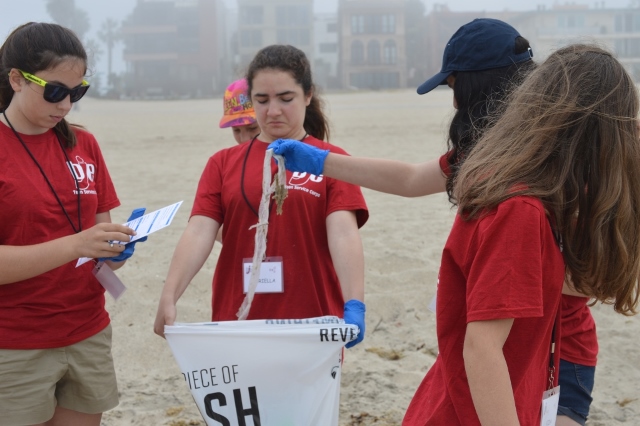 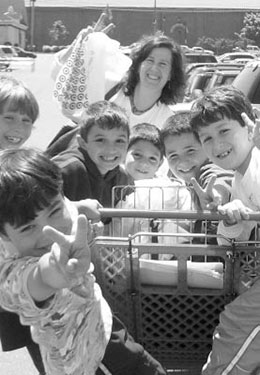 Countering Fear in the Public Square 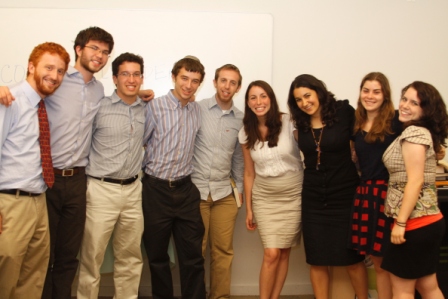