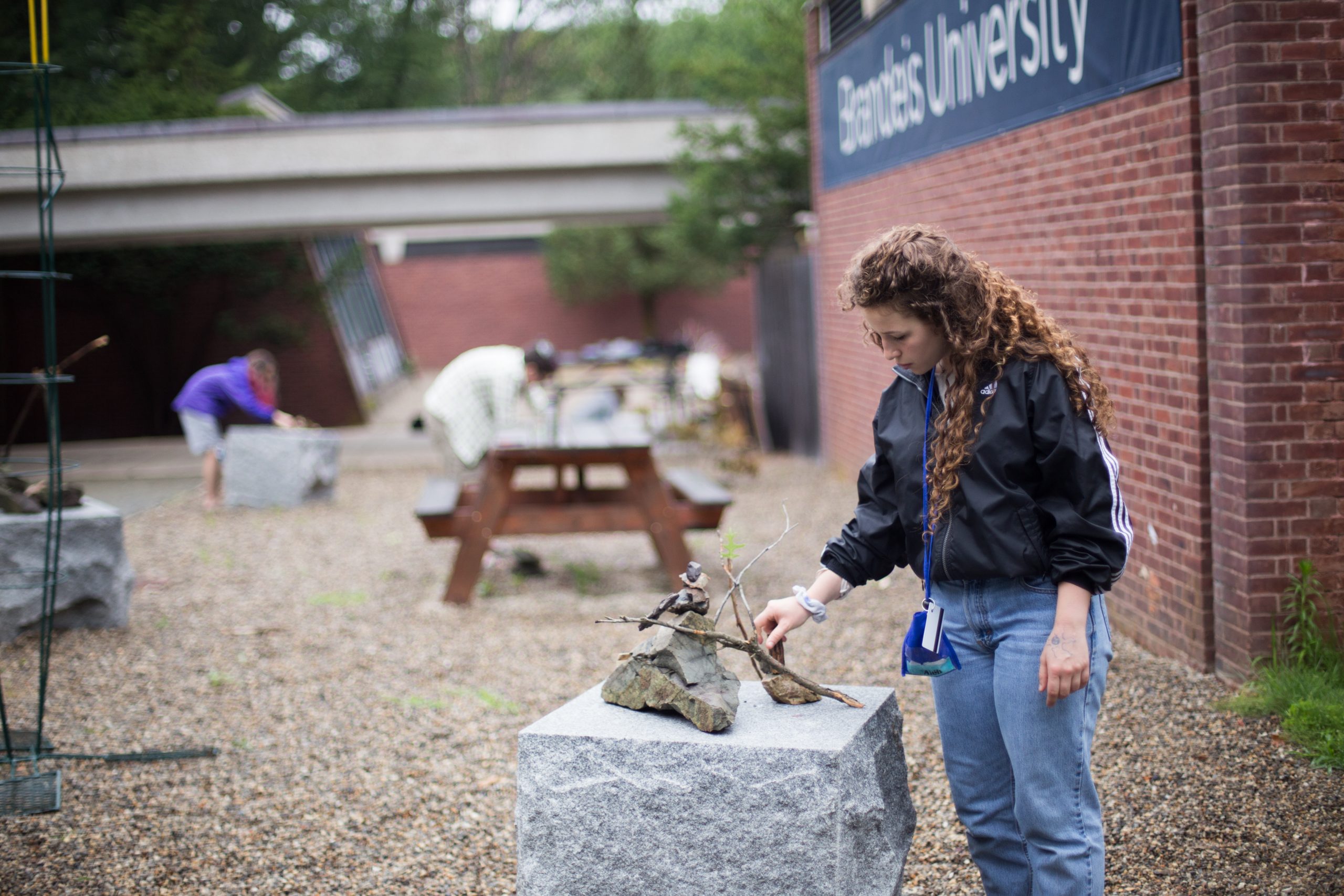 BIMA, the Brandeis Institute for Music and Art is a precollege program hosted at Brandeis University. While high school students who spend a summer in the BIMA program focus on a craft in their “major,” they also “minor” in an area that’s decidedly beyond their comfort zone.

According Tirtzah Bassel, the artistic director of BIMA and a visual artist living and working in Brooklyn, NY, the idea of BIMA’s Artists Beit Midrash is that “as artists, we can use art as a dynamic and vibrant tool for exploring Jewish themes and identity.” 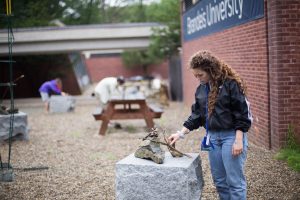 Every summer, BIMA educators come up with a theme that the students are then encouraged to explore through different artistic mediums. This summer, students looked at text from the Book of Jonah, through sculpture, ‘zine-making, theater and more.

“As I thought about themes that might resonate with teenagers in the story of Jonah, one thing that stood out was the theme of what it means to take responsibility, to make a promise and then go back on your word,” explained Zoe Penina Baker, an artist who taught a ‘zine-making course in the ABM this summer. “Jonah doesn’t really have an emotional capacity for task he was given, which is often what happens with teenagers; teens face new things all the time and aren’t necessarily prepared for the consequences.”

To begin, Zoe had her students create a logo for Jonah as part of a lesson about branding. “I talked to them about how brands like Nike and FedEx, which have such iconic images, and have become engrained in our lives. For Jonah, you automatically think ‘whale,’ or ‘fish,’ but I wanted them to subvert that idea and rather, think about how something so huge as a whale could be your fears, your conscience, the weight of a task you’ve been putting off, or it could be your college essays! I tried to have my students think about what scares them, and what responsibilities they have that they can’t run away from.” 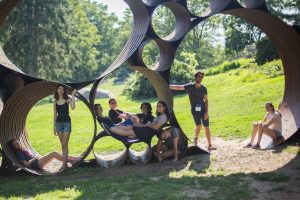 Her ‘zine making workshop used only a cut-and-paste technique; she didn’t allow her students to use computers at all. “I taught my students layout and graphic design and DIY print media. Every day I had a student asking if they could print something out online, but I insisted that they use what they had.”

Like it was for Zoe’s students, in Ezra Benus’s sculpture course this summer, found objects and a back-to-basics approach were central to his students’ learning and creation. Using materials like plain cardboard, wood strips, rocks, sticks and other items found in nature, students made several different sculptures during the length of his course.

A visual artist based in New York City, Ezra had his group read the Jonah text first, and then focus on themes they saw emerging in the text. “Inside outside, positive and negative space, structure building, ephemerality, balance, these are all core elements of sculpture making and are necessary to understanding art—but also ideas that we were able to extrapolate by reading Jonah,” Ezra said.

In fact, he explained, ideas of ephemerality “inspired a lot of what we did. The teenagers in my course seemed to really relate to the idea that nothing lasts, and that giving up control is a way to gain control.”

“I had them bring their art back to their personal lives and to explore those ideas. To think about their identity and their struggles and to look at how their own stories mirrored what was happening in the text. In this way, they were engaged in a dialogue with the text, through a variety of different media,” he said. 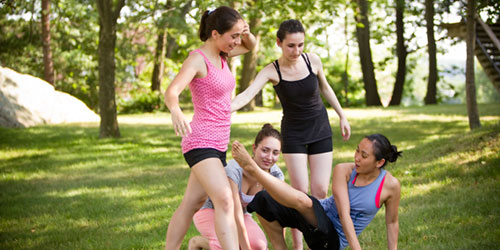 Help for the Time-Challenged Parent