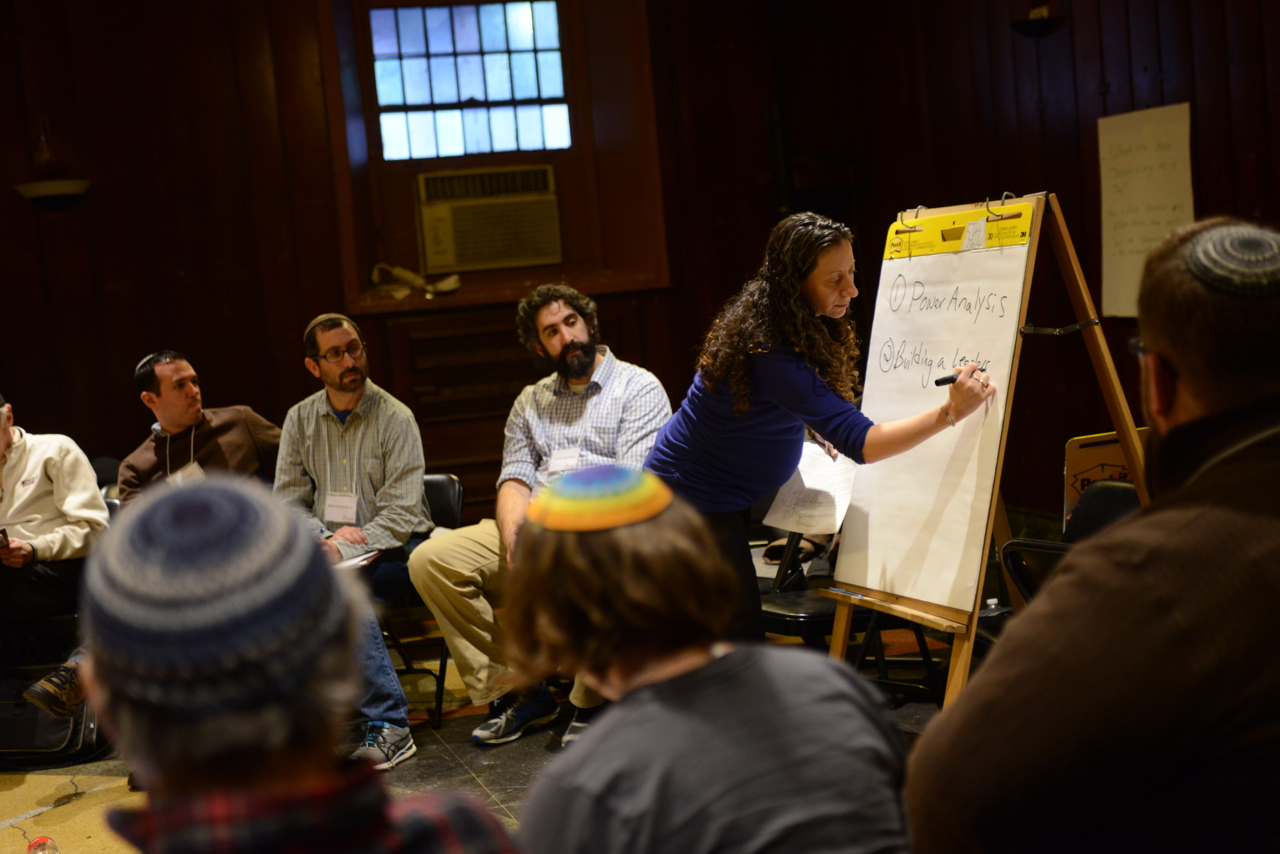 When I was graduating from college almost 15 years ago, I erroneously added “Community Organizer” to my resume, thinking that my role at Hillel–where I assigned service leaders, planned programs, made sure Shabbat meals went smoothly, and so on—fit the bill.

Today, I understand the term quite differently.

In fact, in my five years of working as a rabbi at T’ruah: The Rabbinic Call for Human Rights, I’ve gotten a whole new education in what it means to organize a community, in the way that Saul Alinsky used the term. Today, I understand that community organizing is both a powerful force for social change and an essential tool in building a thriving Jewish community.

Alinksy, the grandfather of community organizing, worked for years with poor communities in Chicago, building their collective capacity to assert their rights against powerful government and business interests.

He identified potential community leaders and trained them to conduct focused one-on-one conversations with other potential members, addressing their common interests and bringing them in to take collective action. As this cycle of recruiting and training continues, people build community and power simultaneously. Today, Alinsky’s organization, the Industrial Areas Foundation, is a national network.

I recently had the opportunity to learn with Mike Gecan, a veteran organizer with the IAF. Gecan explained that in order to succeed, community organizations (of any sort) must bring people together for three purposes: relating, learning, and effective action.

Relating means people have real relationships with each other;. learning is self-evident, and action means doing something public, together, in the world. 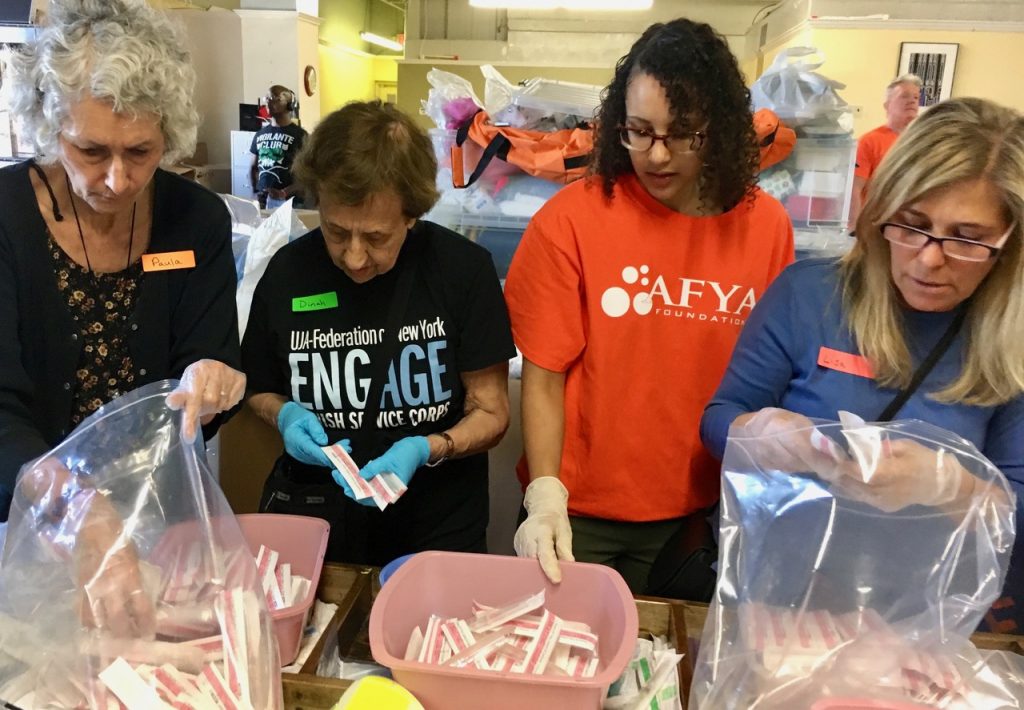 Then Gecan asked us to name types of groups that do all three. After a few moments’ silence, the group began to offer examples:

Summer camp was my contribution, based on the formative years I spent working at URJ Eisner Camp.

If you think about any of these examples, you’ll see that they’re all built around relating, learning, and action. What’s more, none are necessarily political.

While organizing is most often found on the political left, there is nothing inherently liberal about organizing. In fact, the Tea Party has used Alinsky’s techniques. The approach itself is politically neutral.

This is why I think community organizing can be used to reinvigorate Jewish communities regardless of how (or if) they identify themselves politically. 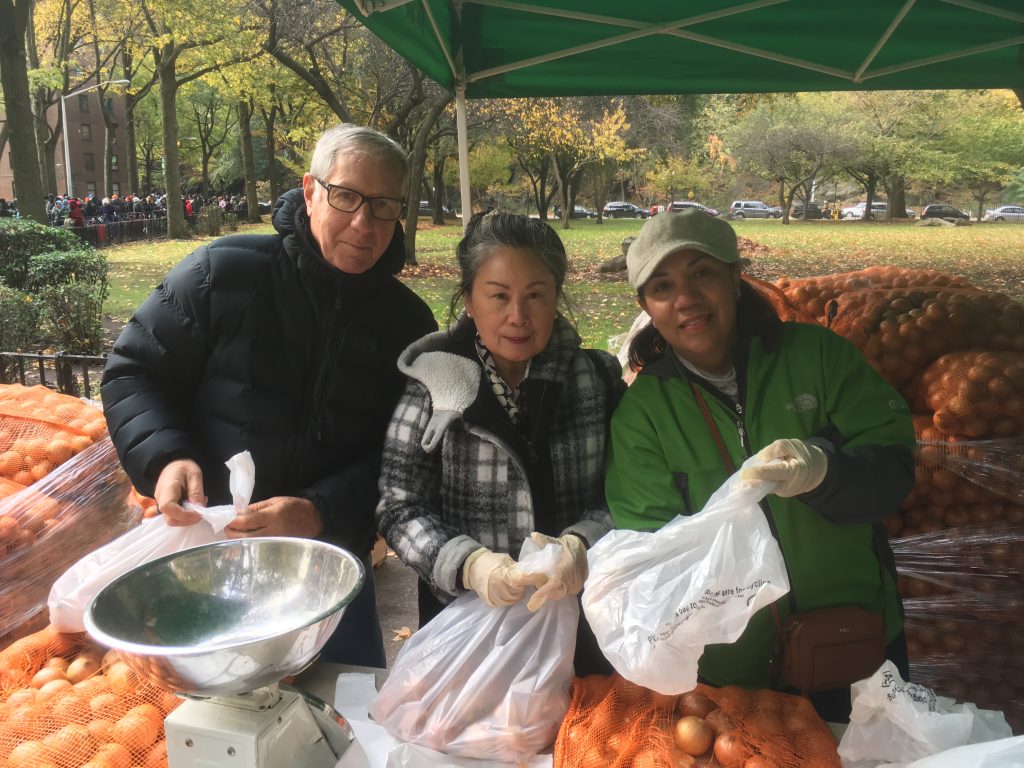 The idea of congregation-based community organizing has taken off in some sectors of the Jewish world. Rabbi Rachel Timoner, of Congregation Beth Elohim in Park Slope, Brooklyn, says there is no question that the process has created deep community for the 50 people on her “dismantling racism” leadership team.

Jews for Racial and Economic Justice (JFREJ), in New York City, is primarily an Alinsky-style organizing “shop.” But it also has come to serve as a primary Jewish community for many Jews who feel disaffected from more institutional Jewish organizations, especially Jews of color. Politics aside, one of the reasons this community is vibrant is action; its members know there is a purpose for their being together besides just being together.

Rabbi Brian Fink runs a volunteer program for retirees, UJA Federation of New York’s Engage Jewish Service Corps, based at the Marlene Meyerson JCC Manhattan. But it’s much more than a volunteer matching service. The goal is to provide meaningful community for people who may be downsizing and relocating to the city or who lost a major social network when they retired.

And peer mentoring, one-to-one engagement, and volunteer leadership make the program happen—“by design as well as by necessity,” Rabbi Fink adds. It’s not only because of a dearth of staffing—it’s because of the impact that volunteer leadership has on the leaders themselves and the community they are able to nourish. It’s no coincidence that he brings this approach to Engage having previously worked in Hillel, which has embraced organizing (calling it “engagement”) in the last ten-plus years.

Organizers—paid staff—see themselves as teachers, coaches, and talent-scouts. Their job is to invest constantly in developing their leaders, both quantity and quality, so that leadership gives as much to the leader as it does to the community. The skills they gain are transferrable. The action they’re able to take injects meaning into their lives, in a way that should nourish them and keep them coming back for more.

Recruitment should not just be about what new members can do for the organization but also what the organization can do for them. Just think of how much more effective lay leadership boards would be (at synagogues, or other such community-based Jewish organizations) if their members had received extensive training over several years in what it takes to lead a community.

Because as I learned from Gecan, “If you think your organization is all built, you’re on your way to dying.”

An ongoing process of reaching out to potential new members keeps us open. Helping them plug into roles for relating, learning, and taking meaningful action makes us grow. Building their skills so they can move up a ladder of engagement and contribute in new, more significant ways keeps up the influx of fresh ideas and new energy.

Relational, personal recruiting is more than the glue holding a community together; it’s like a shining beacon that makes the community ever-attractive to newcomers, and ever more effective for all.

Author’s Note: I would like to thank Professor Janice Fine, from whom I learned so much about organizing, and without whom this article would not have been possible.