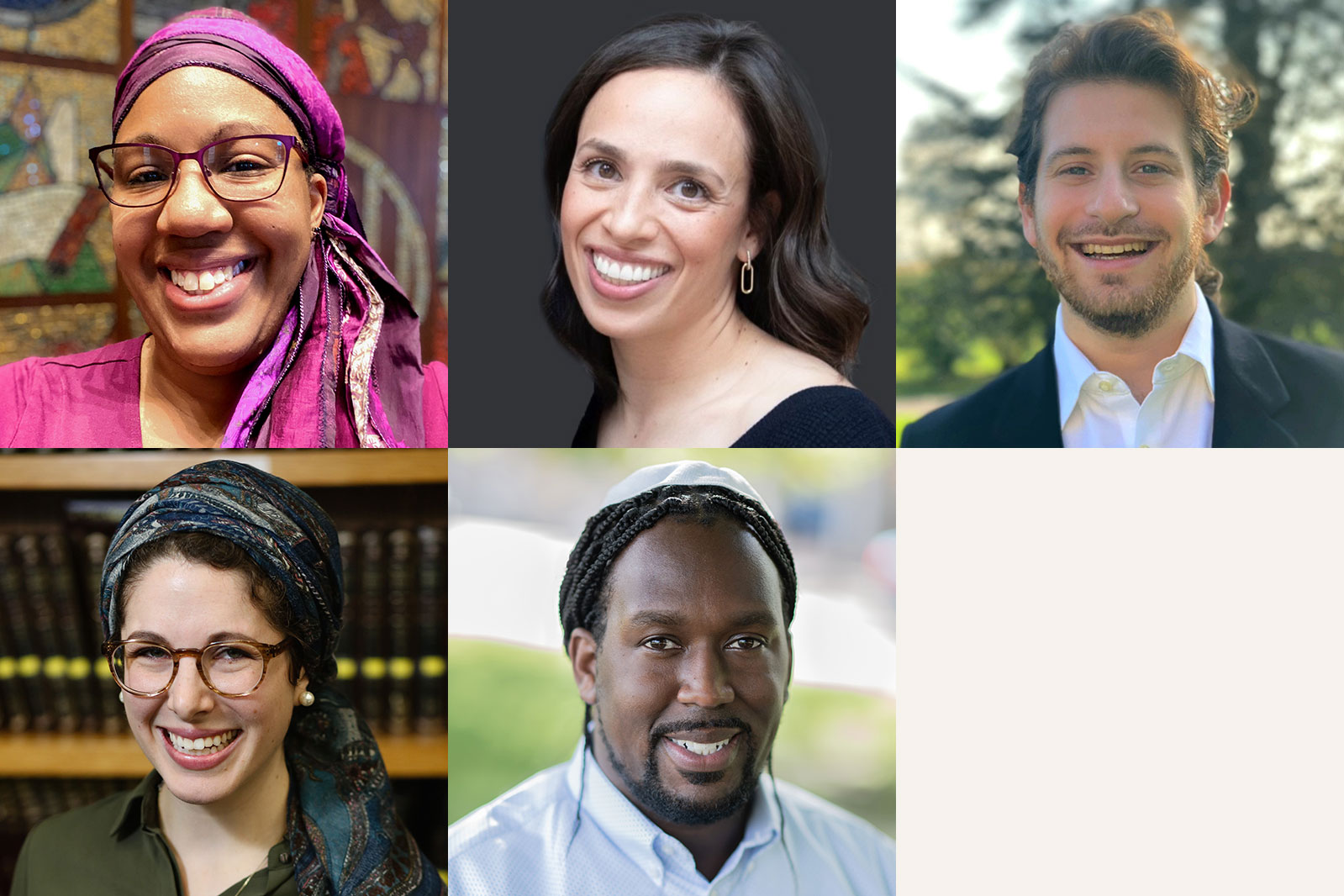 Five emerging Jewish educators received the 2021 Pomegranate Prize today at a virtual ceremony hosted by The Covenant Foundation. The 2021 recipients join a cohort of 50 others who represent the most promising rising leaders in Jewish education.

The Pomegranate Prize is designed to honor emerging leaders who have been in the field of Jewish education for up to ten years. Over a three-year period, each cohort has multiple opportunities to connect with thought leaders and extraordinary educators from across the spectrum of Jewish life. By encouraging Prize recipients in their pursuits, and enabling them to accelerate their professional development and amplify their impact on the field, The Covenant Foundation aims to nurture Pomegranate Prize recipients in an intentional way, and empower them to take risks and make a difference in the field of Jewish education.

The Prize stands next to the Covenant Award, which since 1991 has honored three outstanding Jewish educators each year for their impact on the field of Jewish education.

In addition to the Prize ceremony, this year’s event also included a talk by bestselling author Bruce Feiler, a text study with scholar and Director of the Wexner Heritage Program Rabba Yaffa Epstein, and a musical performance by 2012 Pomegranate Prize recipient Maya Bernstein along with internationally acclaimed musician Noah Solomon Chase.

“When this Prize was inaugurated over a decade ago, our vision was to highlight developing talent in Jewish education, and to give emerging educators a boost of confidence that would benefit both them and the field,” said Cheryl R. Finkel, Board Chair of The Covenant Foundation, in her presentation of the Prizes. “And that vision has indeed come to fruition.”

“When I consider the myriad settings in which each of these educators spend their days, I am so encouraged,” said Harlene Appelman, Executive Director of The Covenant Foundation.

“Because it means fresh, creative and exciting Jewish education is reaching Jewish learners in just about every stage of life, across the country. With a wing span that wide, this cohort, and by extension, this field, can truly soar.”

Rabbi Tiferet Berenbaum is the Rabbi of Congregational Learning and Programming at Temple Beth Zion in Brookline, MA. Tiferet previously served as senior rabbi and education director at Congregation Shir Hadash in Milwaukee, WI, and at Temple Har Zion in Mt. Holly, NJ. She served on New Jersey Governor Phil Murphy’s Interfaith Clergy Council and was also invited to participate in a clergy blessing of Boston’s acting mayor, Kim Janey. In her multifaceted career, she has had a front seat at the intersection of race, gender, and religion. Tiferet earned her bachelor’s degree in Clinical Psychology and Judaic Studies from Tufts University, where she was also the recipient of the Joseph and Sara Stone Prize for demonstrating excellence in the field of Judaic Studies. She was ordained by Hebrew College, where she also earned a master’s degree in Jewish Education. She is currently pursuing a doctorate in Educational Leadership at Lesley University in Cambridge, MA.

Alana Rifkin Gelnick has been the Associate Principal of the Early Learning Center (ELC) at SAR Academy in Riverdale, NY since 2015. During her tenure at SAR, she has spearheaded a Hebrew Immersion Program for preschool classrooms and initiated the first Kindergarten inclusion class to address the needs of students with learning differences. In addition, she was at the helm of the construction of a 36,000 square foot new ELC building that opened in September 2020. Prior to her current role, Alana served as a reading specialist and an assistant teacher at SAR. She has written for The Jewish Link and was a guest speaker on the podcast Natural Pod Live . She also participated in leadership training with ELAI (Educational Leadership Advancement Initiative). Alana earned her B.A. in Political Science from Queens College and her master’s degree in General Education and Literacy from Bank Street College of Education. She completed coursework in Expository Writing through The Winward Institute, and holds New York State Certification in General Studies and Literacy.

Aryeh Laufer has been a member of the faculty of The Idea School in Tenafly, NJ since its inception and currently serves as Head of STEM. He previously served as Head of Engineering and the Inquiry Beit Midrash, and continues to create democratic and inquiry-centered learning spaces in which student voices and passions drive the learning process. As a self-taught programmer, Aryeh empowers students to create, play, and solve real-world problems with technology. He created and now facilitates The Idea School Makerspace, in which students engage in painting and drawing, clay sculpting, woodworking, 3D modeling and printing, digital design, coding, electrical engineering, and more. Aryeh believes a meaningful Judaism embraces questioning and is passionate about nurturing students’ natural curiosity through the rich texts and practices of Jewish tradition. Aryeh earned a B.A. in Psychology with a minor in Jewish Studies from Yeshiva University.

Rabbanit Leah Sarna is the Associate Director of Education and Director of High School Programs at the Drisha Institute for Jewish Education in Riverdale, NY. She previously served as Director of Religious Engagement at Anshe Sholom B’nai Israel Congregation in Chicago. Leah was a Wexner Graduate Fellow, an Oy!Chicago 36 Under 36 Honoree, and an inaugural member of the Jewish Women Scholars’ Writing Fellowship. Her published works have appeared in The Atlantic , The Washington Post , The Forward , Lehrhaus , 929 English , and My Jewish Learning . She has lectured in Orthodox synagogues and Jewish communal settings around the world and loves spreading her warm, energetic love for Torah and mitzvot with Jews in all stages of life. Leah was ordained at Yeshivat Maharat in 2018, holds a B.A. from Yale University in Philosophy and Psychology, and also trained at Drisha, Center for Modern Torah Leadership, and The Stella K. Abraham Beit Midrash for Women at Migdal Oz in Israel.

Tony J. Westbrook, Jr. is a Jewish African-American, activist, Jewish educator, and community leader based in St. Louis, MO. He is currently the Assistant Director of Hillel at Washington University in St. Louis. Tony also serves as a freelance Jewish life consultant and has facilitated racial justice and equity training sessions for BBYO, Base Hillel, Hillel International, and the Wexner Alumni Racial Justice Beit Midrash. He previously served as Director of Jewish Life for Capital Camps and Retreat Center in Waynesboro, PA. Tony produces digital Jewish content on Instagram and TikTok under the username @frumjewishblackboy and is currently working on a new series entitled “Tiyul with Tony.” When he’s not teaching innovative Torah on social media or in person, he is working to address issues of racial inequality, discrimination, diversity, and inclusion throughout the St. Louis community. Tony earned his B.A. in Communication Studies from Fontbonne University in St. Louis, MO, and graduated from the Pardes Institute of Jewish Studies in Jerusalem with certificates in Judaic Studies and in Experiential Jewish Education.