Do you want to
congratulate 2012 Covenant Awardees?
Click here to send an
e-message.

Peter Geffen, Founder and Executive Director of KIVUNIM in New York; Gitta Jaroslawicz-Neufeld, Director of Education at Allegra Franco School of Educational Leadership in Brooklyn; and Karina Zilberman, Director of Jewish Family Life and Culture at 92nd Street Y in New York were named today by The Covenant Foundation to receive the Award, among the most coveted honors in the field of Jewish education.

Eli N. Evans, chairman of the board of directors of The Covenant Foundation, lauded the 2012 recipients and the diversity of venue, experience and effect that they represent.

“The institutions they have enriched, the programs they have initiated, and the influence they have had on their students, their peers, and the community at large is enormous,” he said. “They do not share one denomination, one pedagogical approach, or one type of classroom. But each one, each day, proves that Jewish education across the spectrum of ages and venues, are catalysts for individual and community growth, strength and future.”

The three recipients join 63 other Jewish educators honored with a Covenant Award since the Foundation established the citation in 1991. Each will receive $36,000, and each of their institutions will receive $5,000.

The Foundation and the Jewish community will honor them on Nov. 11 at a gala dinner and award ceremony in Baltimore during the General Assembly of the Jewish Federations of North America. 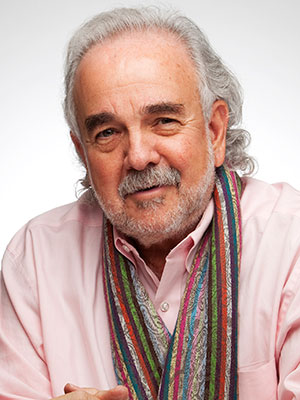 Peter Geffen, Founder of KIVUNIM and The Abraham Joshua Heschel School in New York, has devoted his career in Jewish education to elevating Jewish identities informed and driven by social justice, creating educational models in which knowledge of Jewish communities around the world propels individual and collective growth and community building for next generations.

KIVUNIM was founded in 1999 as a program for educators at North American Jewish day schools and has provided summer institutes in Israel and exposures to Jewish communities worldwide. KIVUNIM: New Directions, based in Jerusalem and opened in 2006, provides experiential learning about Israel and world Jewish communities to students from across the United States for a full academic year between high school and college.

Students immerse themselves in the Jewish homeland, and travel to Diaspora communities in such places as Morocco, Greece, India and Portugal to deepen their knowledge of the Jewish narrative and to develop comprehensive worldviews that will become imperative to an expanded Jewish consciousness within the leadership of the next generation.

“My life’s work has been a synthesis of Jewish education and a deeply humanistic and optimistic concern for and engagement with the broadest expanse of humanity,” Geffen said. “I have consistently designed settings and executed approaches to the study and experience of Judaism rooted in a series of universal values.”

Geffen was the founder and principal of the Park Avenue Synagogue High School in New York, and established it as one of the premier centers of student social justice programming.  As an educational consultant at The Revson Foundation, he was an advocate for the use of technology in Jewish classrooms, most notably through use of Heritage: Civilization and the Jews, a nine-hour CD documentary tracing the history of the Jews from biblical to modern times.

And as founder of The Abraham Joshua Heschel School in New York, he spearheaded the concept of curricula integrating Jewish and general studies, and committed the school to social justice programming.

“If you want to know the likely direction of Jewish education in the next decade, look at what Peter Geffen is doing right now,” said Elizabeth Leiman Kraiem, Executive Director of the Jewish Foundation for Education of Women, who nominated Geffen for The Covenant Award.

“Over a career that is some 40 years young, Peter has created lasting, model programs at the cutting edge of most categories of formal and informal education, including supplementary schools, day schools, Hebrew language charter schools, Israel education, Israel experience programs, teacher training, identity development, and, with his most recent venture, KIVUNIM, Jewish global education.”

Students say that as a teacher and mentor, Geffen is a seminal influence.

“I hope to forever possess the flame of drive and passion which Peter lit beneath me,” said Micha Aron Stettin, a student at McGill University. “Nothing is more important to me than the Judaism I found through KIVUNIM, the beautiful amalgam of history, religion, culture, morality, language and peoplehood.  KIVUNIM changed the direction of my life.”

After being named a Covenant Award recipient, Geffen said: “I am deeply honored to receive The Covenant Award for 2012. Awarding me is recognition that departing from the status quo and charting and supporting new directions in Jewish education is both appreciated and increasingly understood as essential to the future of the Jewish people.” 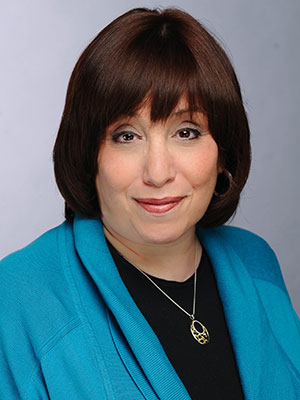 Gitta Jaroslawicz-Neufeld, Director of Education at Allegra Franco School of Educational Leadership in Brooklyn for the past seven years, has leveraged the power of Jewish education to redefine students’ lives, ensure community continuity and tradition, and affect social structures.

“Gitta actively demonstrates that higher education and a career as a teacher are viable and respectable goals for women of the Sephardic community, who traditionally did not aspire to higher levels of schooling or careers outside the home,” said Jeffrey A. Cohen, CEO of Earthbound, LLC and Chairman of the Board of Allegra Franco, who nominated her for a Covenant Award. “She challenges these women to develop a high standard of Judaic knowledge and provides them with the resources and support to achieve this goal. She will have an impact on generations to come.”

Drawing on her background and interest in Judaic Studies and teacher training, she has served not only as an educator, but also as role model, guiding Sephardic women in Brooklyn and elsewhere along a path toward personal enrichment, spiritual knowledge and growth, and professional training as Jewish educators.

The effect has been multifold. Her successes and impact can be measured in the growth of the school, strengthening of its programming, and creation of a new cadre of Jewish educators in the Sephardic community. And, in the growing emergence of Sephardic women as educated and professionally engaged citizens within their own communities and beyond, and as purveyors of community traditions to contemporaries and students.

As Director of Education at Allegra Franco, she has transformed what was generally regarded as a fledging teacher preparation program for the Sephardic community into a respected and influential center of Jewish education and engagement.

Not only has she developed and put into practice teacher training and adult education programs for Sephardic women, but she has mentored new teachers in Sephardic community schools, created academic partnerships with area colleges, provided continuing education and guidance for graduates, and injected the use of technology into Judaic Studies and teacher education.

Prior to joining Allegra Franco, she served as Co-Founder, Assistant Principal and Program Director of Soille Bais Yaakov High School – The New Seminary in Brooklyn.  There, she not only created a Judaic and general studies curriculum, but developed and implemented a college-level seminary program with Adelphi University to enable women who might not attend college to achieve university educations.

“I am honored and exhilarated to accept this award,” Jaroslawicz-Neufeld said. “Honored to be included with the illustrious educators, some of whom have affected me personally, who have received this award. And exhilarated that the Covenant Foundation recognizes our small program as revolutionary and an agent for social change.

“This award represents the Covenant Foundation’s commitment to education and excellence and the recognition that Allegra Franco has changed the landscape of Jewish education within the Sephardic community. Allegra Franco is shifting the paradigm for educational and career choices for Sephardic women. Women of all ages come together to learn – and to teach.  Our graduates are becoming leaders in their schools. They are role models for their students and for the community at large.  As a recipient of the award, I can bring my avid desire to learn and teach, and my aspiration to make a difference, to a more global audience.” 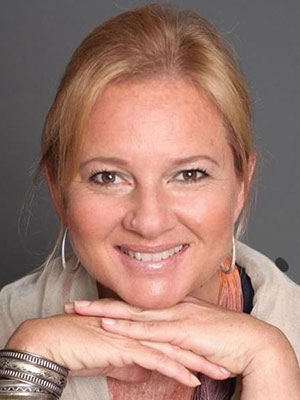 Karina Zilberman, Director of Jewish Family Life and Culture at 92nd Street Y in New York since 2007, is the creator, founder and leader of Shababa Community, an immensely popular and vibrant Jewish family education initiative that is stamped with her passions for creativity, arts, performance and community building.

The program is a gateway for affiliated and unaffiliated families to partake in Jewish life and education at 92nd Street Y, the Jewish community and cultural center, and is a path toward continuing Jewish immersion beyond it. In just five years, Shababa Community has grown exponentially, and is closely watched by other communities as a model for reaching Jewish families wherever they are on their Jewish journeys.

Beginning in 2007 as a pre-Shabbat sing-along – with Zilberman leading just six participants with her guitar and Coco, her sloth puppet, in 92nd Street Y’s lobby – the program now attracts hundreds every week.

She has grown the initiative beyond the Friday morning experience, believing that Jewish family education cannot and should not be one-off, but should exist along a continuum. Today, a menu of intergenerational family opportunities, all under 92Y’s Shababa Community umbrella, has helped to reinvigorate 92nd Street Y as a destination for Jewish exploration for children and families.

The Shababa Mamas program, for example, brings 20 mothers together as a singing ensemble and sisterhood that performs at Shababa programs and other venues, such as hospitals.

“The Shababa approach embodies my most deeply held beliefs in the power of community, the need for connection and the fact that spirited and personal Jewish experiences have tremendous potential for meaning and joy,” Zilberman said. “Watching a playful, enthusiastic and engaged community come to life through Shababa has been a dream come true for me.”

Shababa is a true reflection of Zilberman’s Jewish experiences, both professionally and personally.

Born and raised in Argentina, she was a teenager when she co-founded a popular Hebrew vocal group that allowed her to begin combining emerging passions as a performer, youth leader (madricha), and educator, using the arts to share and teach the joys of Jewish life.  She studied creative movement, expressive voice, vocal coaching, lyrical singing and puppetry.

In the United States, she began to apply her creative Jewish energy in professional settings, as a music teacher and Jewish educator at Greenfield Day School and Temple Judea in Coral Gables, Florida; as a cantorial soloist and Jewish music educator at Temple Israel of Greater Miami; and beginning in 2007, in her current position at 92nd Street Y.

“92Y has always been committed to offering a diverse range of opportunities for connecting with Jewish culture and identity in an open, joyful and meaningful environment, and Shababa has been hugely successful in doing just that, and more,” said Sol Adler, Executive Director of 92nd Street Y.

“Through Karina’s extraordinary gifts as a Jewish educator, musician and performer – and her willingness to connect on a personal level – she has infused Judaism into so many people’s lives, some of whom didn’t even know they were looking for a Jewish connection until they found it at Shababa. I know that she will continue to inspire and energize Jewish communities here at 92Y and far beyond our walls for many years to come, and we look forward to being part of that magnificent journey.”

Zilberman said she hopes that The Covenant Award will give her educational methodologies and approaches wide exposure, to be adapted at Jewish community centers and other organizational venues.

“The Covenant Award bestows upon us a level of recognition and encouragement that will help 92Y bring Shababa’s transformative power to communities far beyond New York City. I am honored to receive this award, and I share it with all of the Jewish educators, past, present and future, who believe that Jewish life can be a fascinating ‘playground’ for people of all ages.”

For guidelines on nominating an educator for a 2013 Covenant Award, and to view a list and biographies of past recipients, visit www.covenantfn.org.