At the Shefa School, Making Firsts 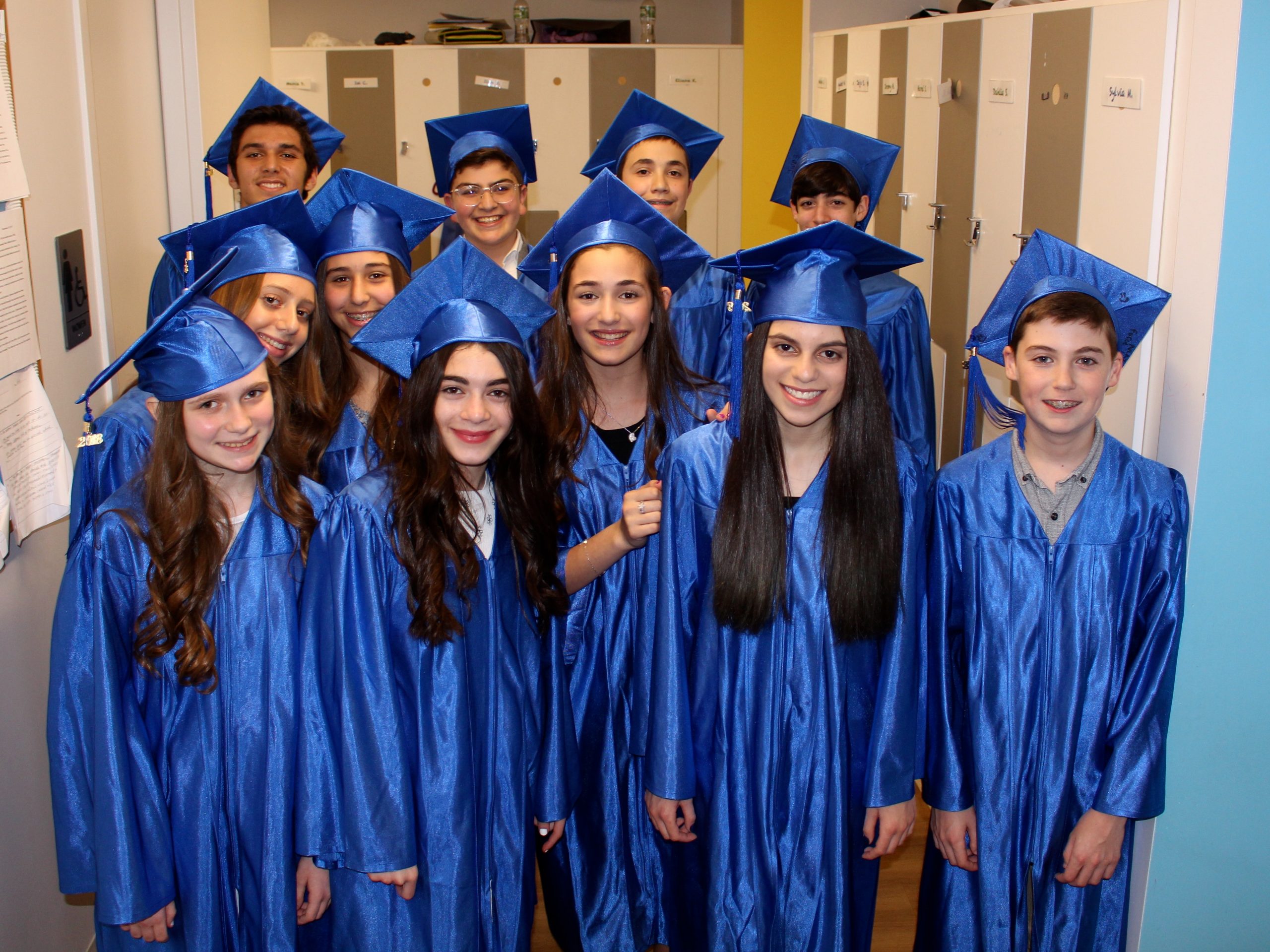 Ilan Davidovsky remembers when his learning challenges affected more than just his grades.

“I felt extremely alone and it was very difficult,” said the 14-year-old from Teaneck, NJ, describing his experience at a Jewish day school that he attended until four years ago.

So accepting his diploma from The Shefa School in New York, it was with deserved pride that he marked academic achievement. But it was also a moment to anticipate moving on this fall to The Frisch School, a yeshiva high school in Paramus, NJ, with confidence and zeal he said he couldn’t have imagined.

He was one of 11 students – all eighth-graders – who donned cap and gown June 12th to mark individual and collective milestones, and also to celebrate The Shefa School on the occasion of its first-ever graduating class with parents, friends, faculty, staff and others with a stake in a Jewish day school founded to shatter ceilings for students with learning challenges.

The 2014 establishment of The Shefa School, in Manhattan, was a significant moment for Jewish education in the New York area. The pluralistic day school provides a Jewish environment for children with language-based learning challenges and offers a place for them to excel and reach their potential, which, until now, was hard to find in more traditional Jewish classroom settings.

“You have completed an incredible journey that came with struggle, hard work, friendship, humor, grit and persistence,” said Ilana Ruskay-Kidd, Shefa’s Founder and Head of School, and a 2016 Covenant Award recipient, in her charge to this first class of graduates, collectively known as “pioneers.”

“For many of you, coming to Shefa seemed like a scary prospect – unknown and uncharted, not the plan. But you turned this experience into a gift. You took advantage of what there was to learn here at Shefa and you leave as strong students and very grounded people.” 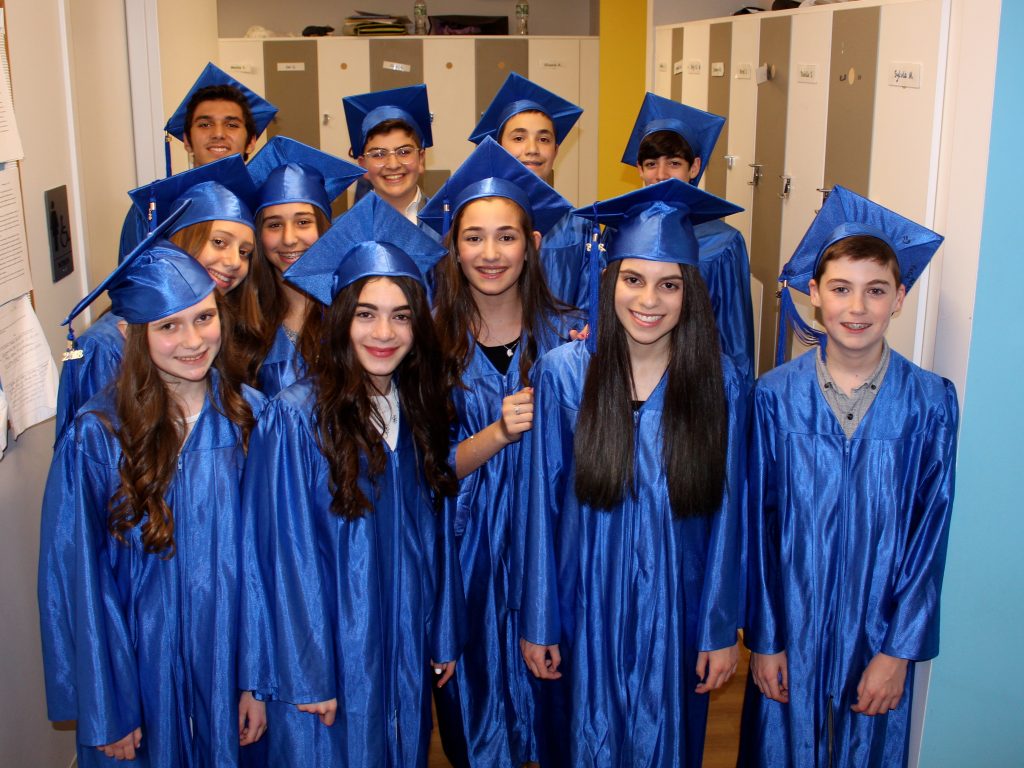 For sure, that is the point, and the very fact of this first graduating class underscores the school’s unique niche in nurturing and empowering students through specialized pedagogies and an intense level of community support.

Conversations with any of these students, or their parents, reveal the common goal to break barriers to future success in more traditional Jewish high schools, where many – if not all – of Shefa’s students will land next.

Liz Spevack of Riverdale, NY, whose son, Noam, was among the graduates, said he has renewed confidence in his academic path, and that his success is uplifting his entire network of support. He will begin high school at Solomon Schechter School of Westchester in the fall.

“He had little confidence and felt that school would be a place he would never be successful,” she said. “But so much of that has changed at Shefa, and he has become a more confident and curious student. Of course there will be challenges ahead, but he is less scared.

“And this is transformative for our family. A parent can only be as happy as the least happy child. When a child is struggling, his or her whole extended family is affected.”

In a recent essay in Jeducation World, Shefa teacher Marc Goldsmith described graduates’ trajectories at Shefa: “(they) thirst for knowledge and strive to master the strategies that enable them to process new content and join in conversations of ideas. They sometimes falter, but never give up. Their moxie humbles me daily.”

The Shefa School has grown exponentially in its short life, underscoring the reality of the underserved population of students and families that it serves. It enrolled 24 students in grades 2 through 5 in its first academic year in 2014. This fall, enrollment is expected to surge to 140 students in grades 1 through 8.

In September of 2016, the school moved into a larger, 18,000-square-foot space covering more than three floors in a building on Manhattan’s East Side.

And the school continues to be a destination for Jewish educators from around the country, some eager to witness its approach and possible replication elsewhere, and others who take part in pedagogy workshops – such as one this summer on multi-sensory math – for application in other education venues throughout the U.S.

“Fully 10 to 20 percent of the general population – adults and children – have some sort of learning challenge,” Ruskay-Kidd said. “So if it’s not you or your child, it is someone you know. Within the Jewish community, all of our kids deserve the same opportunity to succeed.”

Back at the graduation, and a reception afterward, Ilan Davidovsky’s mother, Gila Cohen, was describing how his school days were bookended by hour-long slogs of commuting between New Jersey and Manhattan.

“That’s over now, but it was worth it for everyone. My kid is happier and more confident now, and we could have lost that.” 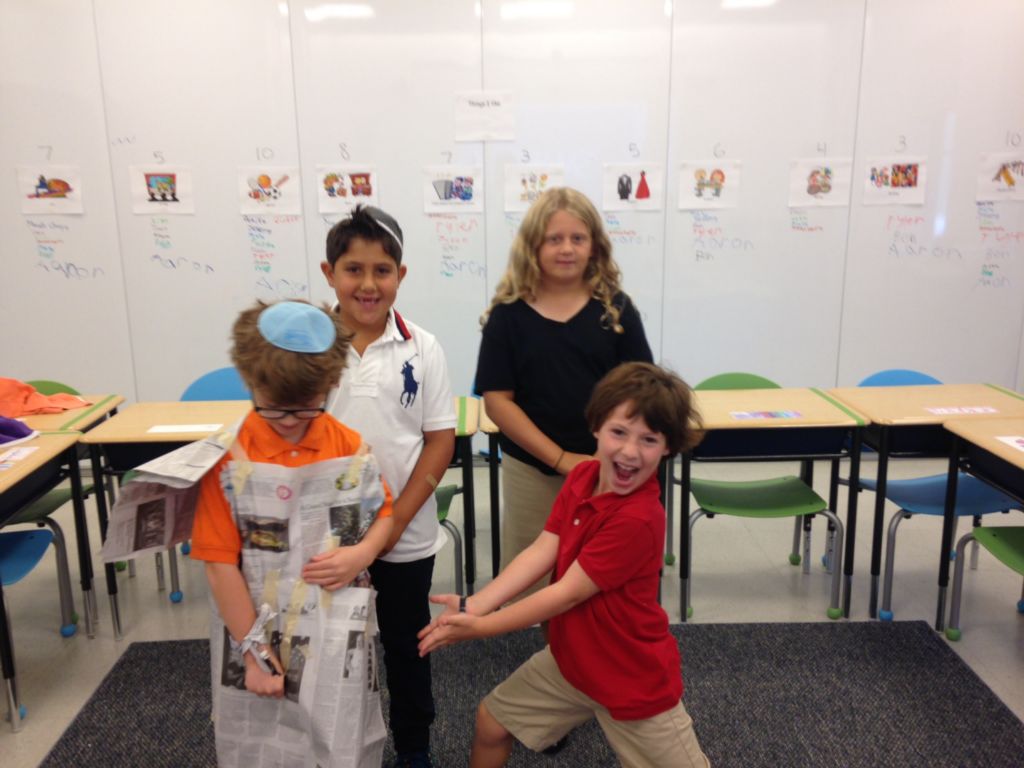 Developing Excellence in a Jewish Special Educational Setting through the Arts