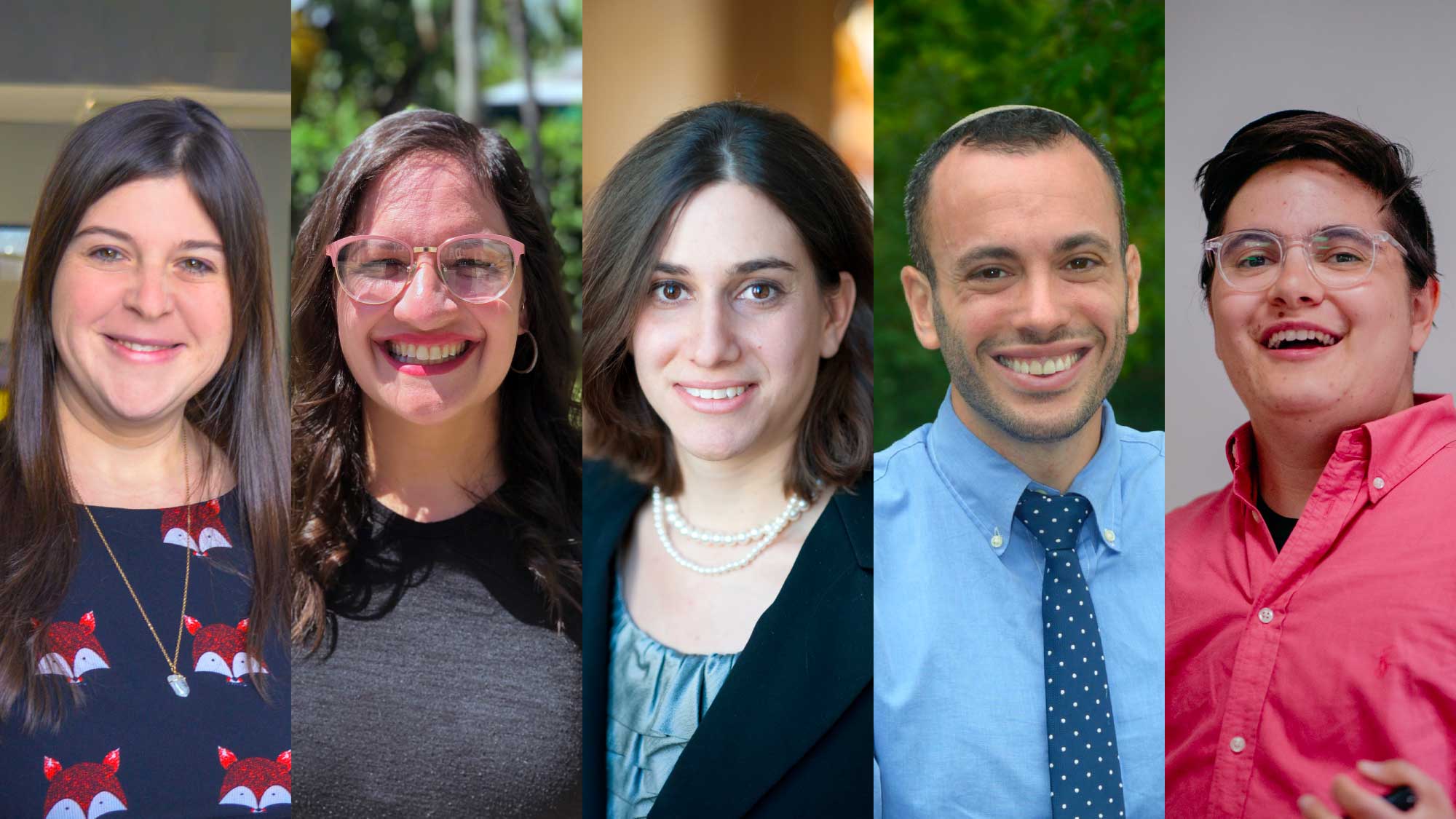 New York, NY – October 19, 2020 – Five emerging Jewish educators received the 2020 Pomegranate Prize today at a virtual ceremony hosted by The Covenant Foundation. This year marks the tenth anniversary of the Prize, inaugurated in 2011. The 2020 recipients join a cohort of 45 others who represent the most innovative rising leaders in Jewish education. 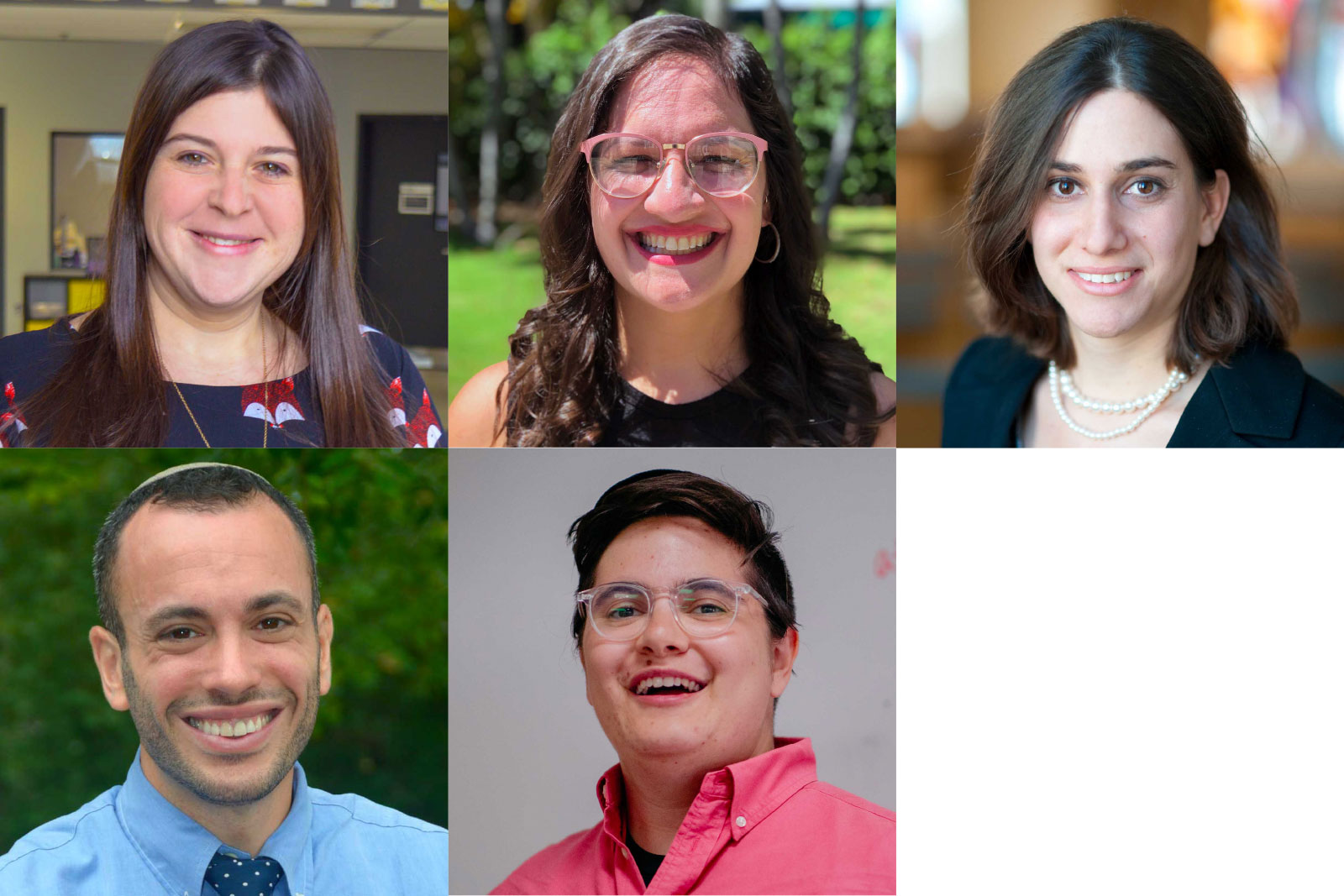 The Pomegranate Prize is designed to honor emerging leaders who have been in the field of Jewish education for up to ten years. By encouraging Prize recipients in their pursuits, and enabling them to accelerate their professional development and amplify their impact on the field, The Covenant Foundation aims to nurture Pomegranate Prize recipients in an intentional way, and empower them to take risks and make a difference in the field of Jewish education.

The Prize stands next to the Covenant Award, which since 1991 has honored three exemplary Jewish educators each year for innovation and impact across Jewish education settings.

This year’s ceremony was part of a virtual program that included a musical performance by the Jewish bluegrass band Nefesh Mountain and a talk by filmmaker Tiffany Shlain.

“The 2020 Pomegranate Prize recipients are making an impact in Jewish communities big and small,” said Cheryl R. Finkel, Board Chair of The Covenant Foundation, who presented the Prize on Monday. “Their work is inclusive, creative, and bold. And they are just the kind of out-of-the-box educators we need as we all work together to bring about positive change in our community and our world.”

“This is a challenging time to be a leader in the Jewish community,” said Harlene Appelman, Executive Director of The Covenant Foundation. “And yet here are five remarkable individuals finding ways to lead and to teach with joy and purpose. We are tremendously fortunate to know them and to have the opportunity to celebrate them today.”

Rabbi Jessy Dressin is the Executive Director of Repair the World Baltimore and serves as the rabbi on staff for the organization nationally. Previously, Jessy worked at the JCC of Greater Baltimore, where she started as the Founder and Director for Charm City Tribe and later served as the Senior Director of Jewish Life. She has led service-learning trips and developed curriculum for multiple organizations, including Hazon and Jewish Funds for Justice. After Hurricane Katrina, Jessy produced the New Orleans International Jewish Music Festival. She holds a B.A. in History from the University of Maryland with a citation in Jewish Studies. Jessy holds an M.A. in Hebrew Letters and Jewish Education as well as rabbinic ordination from Hebrew Union College-Jewish Institute of Religion.

Jessie Gindea is the Associate Director: Abroad Experiences at KAHAL: Your Jewish Home Abroad and Senior Educator for Base Miami. Before working with KAHAL, she taught in myriad Jewish environments, including several day schools, Israel programs, camps, and experiential adventures. Jessie and her husband, Adam, currently run Base Miami, an initiative to engage young Jewish professionals in the Miami area. Jessie earned a master’s degree in Jewish Education and a Certificate of Advanced Jewish Studies from the Pardes Educators Program in Jerusalem. She also received a Certificate in Jewish Day School Education from Hebrew College in Boston. Jessie earned a B.A. in Modern Middle Eastern Studies from Columbia University and a B.A. in Modern Jewish Studies from the Jewish Theological Seminary.

Rabbi Rachel Isaacs is the spiritual leader of Beth Israel Congregation in Waterville, Maine. She is the inaugural holder of the Dorothy “Bibby” Levine Alfond Chair in Jewish Studies at Colby College, where she teaches Hebrew, public speaking, Jewish theology, and Jewish humor. At Colby College, Rachel also serves as the founding Executive Director of the Center for Small Town Jewish Life. In 2014, she was named one of “America’s Most Inspiring Rabbis” by The Jewish Daily Forward, and in 2016, she delivered the final Hanukkah benediction of the Obama administration at the White House. Rachel was ordained by The Jewish Theological Seminary in 2011 where she also studied as a Wexner Graduate Fellow.

Rabbi Jordan David Soffer is the Head of School at Striar Hebrew Academy in Sharon, Massachusetts. Previously, he served as the Rabbi-in-Residence at Carmel Academy in Greenwich, Connecticut. In New York, he has worked at Ramah Day Camp in Nyack, Kinneret Day School in The Bronx, Abraham Joshua Heschel Middle School and Congregation Orach Chaim in Manhattan, and Hebrew Institute of White Plains. Jordan graduated from the University of Wisconsin–Madison, where he studied Religion and Jewish Education. He continued his studies at Yeshivat Maale Gilboa, The Pardes Institute of Jewish Studies, and Mechon Hadar. Jordan received smicha from Yeshivat Chovevei Torah and holds a master’s degree in Jewish Education from Azrieli Graduate School of Jewish Education and Administration at Yeshiva University.

Laynie Soloman is the Director of National Learning and a faculty member at SVARA: A Traditionally Radical Yeshiva. A passionate teacher of Jewish text, thought, and tradition, they believe deeply in the power of Talmud study as a healing and liberatory spiritual practice. They facilitate Jewish learning that uplifts the piously irreverent, queer, and subversive spirit of rabbinic text and theology, and have lectured on these topics in various community spaces, including at Hadar, where they served as an adjunct faculty member. Laynie is completing a Dual M.A. in Talmud/Rabbinic Literature & Jewish Education at The Jewish Theological Seminary. They hold a B.A. in Religious Studies from Goucher College and are a member of Cohort 5 of the Schusterman Fellowship.