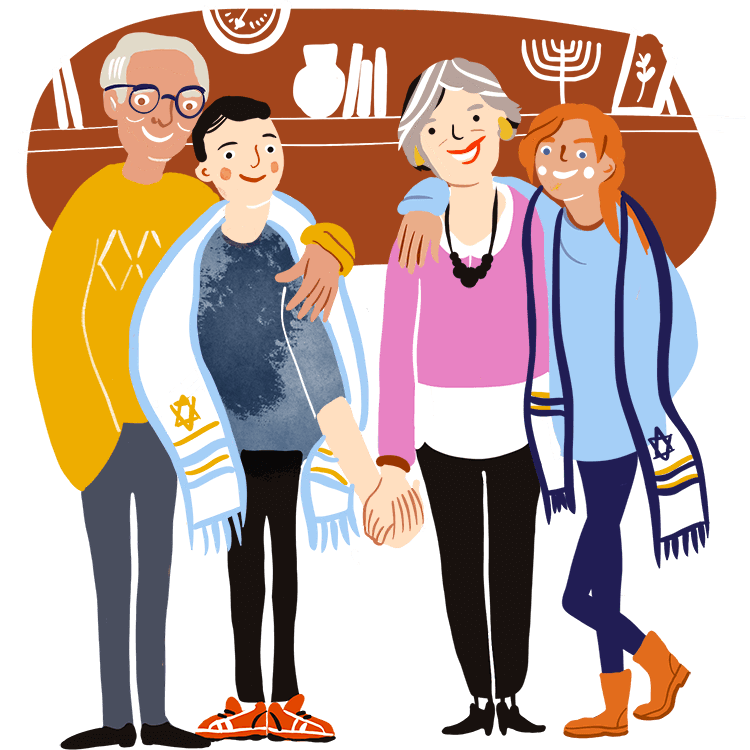 “To Every Thing There Is a Season”: Life Stages Curriculum for Grandparents and Grandchildren

Jewish Grandparents Network – To support the development of meaningful experiences and rituals for grandparents and grandchildren at a significant life stage: becoming b-mitzvah.

How are grandparents uniquely positioned to transmit a love of Judaism to their grandchildren?

What kinds of resources do you plan to develop?

We plan to start with resources for grandparents and b-mitzvah-age children in two areas:

1. New experiences and posts in the Family Room:This might include experiences such as how to plan mitzvah projects together, prepare a d’var Torah together, and go on shared social justice trips. Synagogues and organizations will be able adapt these experiences for multi-generational programs with the help of lesson plans and curricula we will develop.

We will create a web portal for Jewish community professionals and leaders to access and share JGN resources.

What was the primary impetus for this grant idea?

JGN’s team was struck that there are so many unexplored opportunities for grandparents and grandchildren to celebrate liminal moments and life-cycle events. We were moved by a conversation with Rabbi Seth Haaz of Har Zion Temple, Penn Valley, PA, who had developed an exciting grandmother-granddaughter program to make their own tallitot.

The JGN team began calling thought leaders and practitioners to get input about what was missing from the field at three significant life stages—birth to age 5; b-mitzvah; and leaving home for college. Many signed on as content partners and are excited to collaborate as we develop the resources.