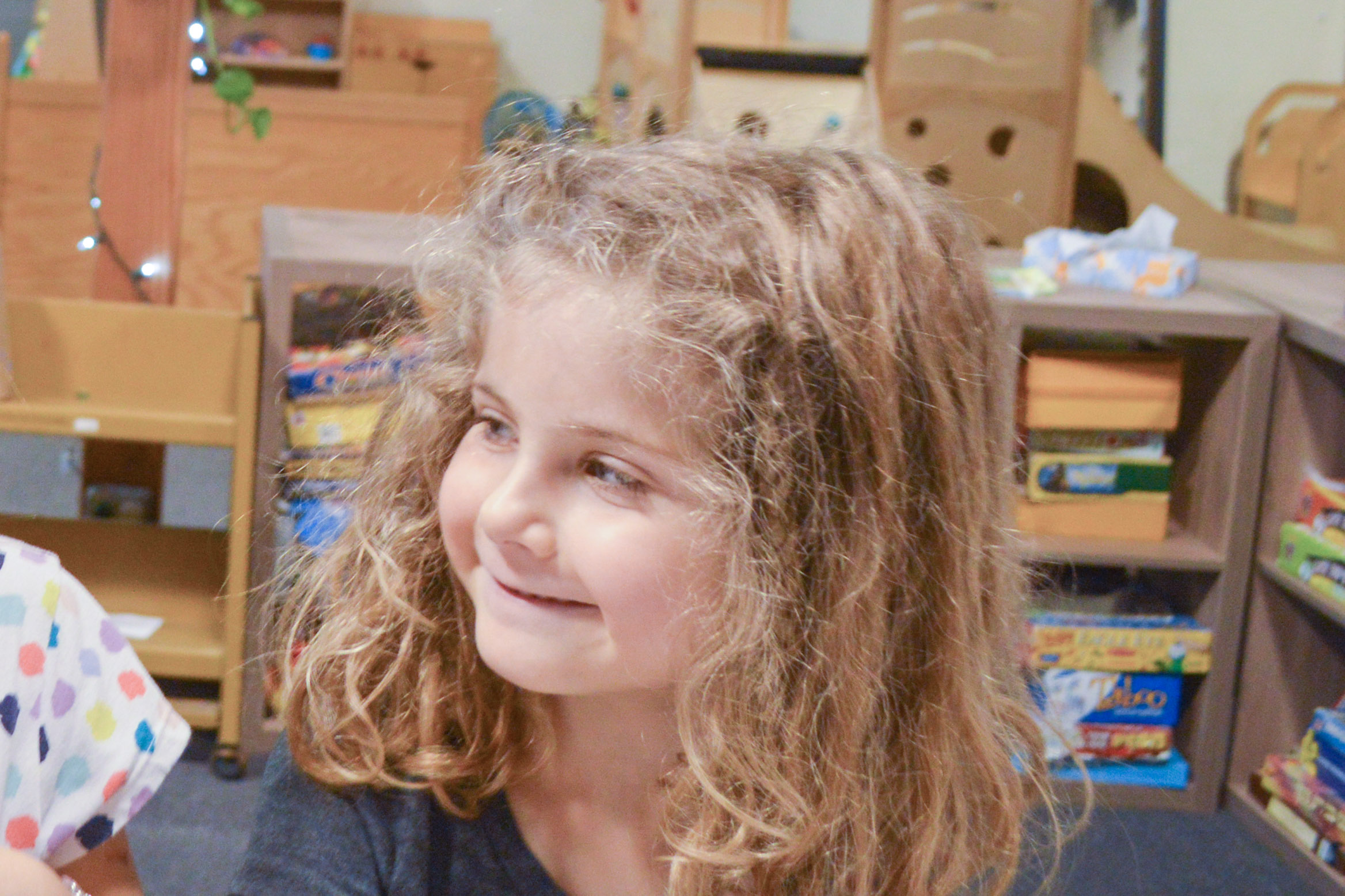 While they live in cities that are more than 1200 miles apart, Susan Berson and her 7-year-old granddaughter Ellie have been studying the weekly Torah portion together, over Zoom, for the past year. Last year, they joined with other pairs of Berkeley-based grandchildren and their grandparents all over the United States and Israel, in a program organized and led by Edah, an innovative full-service Jewish afterschool program in Berkeley.

With Edah educators guiding them in group study before shifting to individual family breakout rooms, the generations engage in lively conversations – unprecedented for many – making connections between the text and their daily lives. Berson recalls that when they spoke about the story in Genesis of Abraham rushing out to greet the angels visiting him with warm hospitality, she told her granddaughter how much she appreciates it when Ellie runs out to greet her and her husband when they visit.

“The most important thing about the program,” Berson says, “is that the grandchildren get the idea that the Jewish story is important in their family, and that they can relate Jewish learning to their lives.”

Edah is a program of Studio 70, a non-profit Jewish educational center, which has received grants from The Covenant Foundation. Yafit Shikri-Megidish, executive director of Studio 70, explains that during the pandemic in the summer of 2020, Edah staff were thinking anew about online programming. They initiated a 6-week program bringing together their students and their grandparents for a weekly shared hour of Torah learning, with two different groups, based on age. For Shriki-Megidish, this was an opportunity for expanded learning and also for the grandparents to get to know the Edah community.

An Edah educator led a discussion of the week’s Torah portion, perhaps including puppets or videos for the younger children, and then gave a discussion prompt to the group, inspiring thoughts of family stories or their daily experience. For 20 minutes, the family pairs conversed, catching up on their lives and interests as well as addressing the prompt. Afterwards, the larger group came back together and shared what they had discussed. Usually, the event ended with singing.

“It was magical,” Shriki-Megidish says. “I think it created a shared experience they didn’t have before. Now they can build on it and continue the conversation.”

Edah then expanded their offerings to include similar sessions for young teens (ages 11 to 13, including some Edah alumni) and their grandparents. In one session, the grandparents were asked to show something in their home that related to their Jewish identity, and to share the story behind the object – sometimes these were items seen frequently, but the stories had been previously unknown to the young people. One grandmother showed a wall hanging with a blessing she received from her mother, a Holocaust survivor, who received it from her father.

“The program has helped grandparents get into deeper conversations with their kids, beyond asking how was their day,” Shriki-Megidish says. She also emphasizes that the elder generation had an unusual window into the kids’ lives, seeing how they interacted with friends and teachers and learning about their interests in social justice and current events. 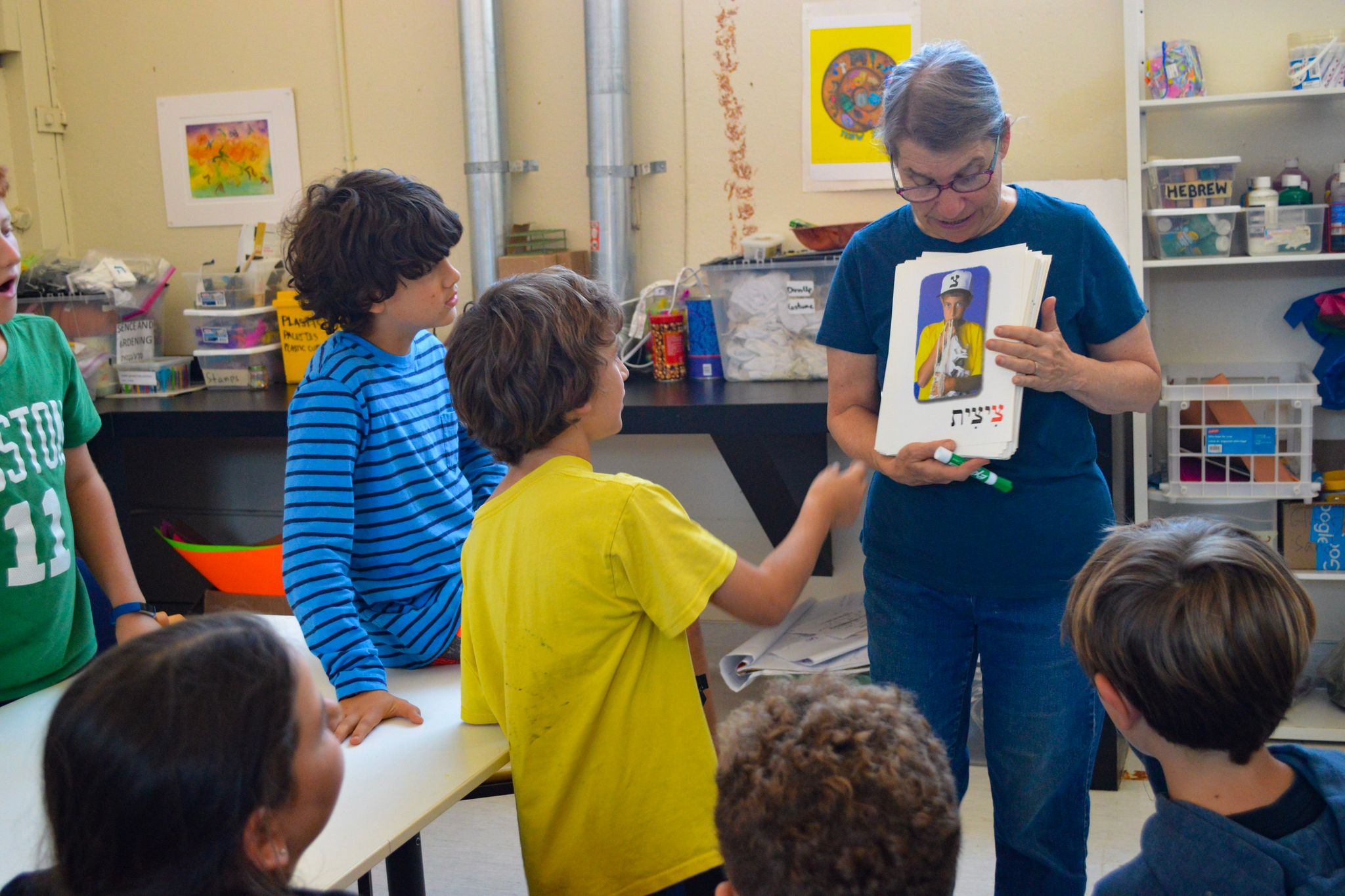 For Yom HaShoah, Holocaust Remembrance Day, Edah educators invited all the children and grandparents involved in the program to join in a conversation with two Holocaust survivors. Participants had a chance to ask questions, and, afterwards, they divided into their family breakout rooms to talk about what they had heard.

“This gave the grandparents another opportunity to be involved in their grandchildren’s education and to bring their insight, wisdom, and what is important to them about being Jewish to the conversation,” Shikri-Megidish says.

About 40 families participated in the program at Edah, and Shriki-Megidish also initiated a group in Los Angeles, partnering with the Ikar community, as well as a program in Hebrew for students whose grandparents are in Israel, following the same format.

Shriki-Megidish, who worked as director of education at Edah before being named executive director, has a broad and varied background in education. Born in Jerusalem, she has worked in both formal and informal settings, with students of all ages and backgrounds; she served as principal of a middle school in Israel, worked with youth at risk, and has taught teachers.

At Edah, there is an emphasis on students developing Hebrew language skills as well as positive feelings about themselves and a sense of belonging to the Jewish people. Their groundbreaking programs combine recreation, enrichment, and education, and foster a deep sense of community among students and parents.

Shriki-Megidish’s mother participated in the intergenerational Torah learning, zooming in from Israel to meet with Shriki-Megidish’s daughter. “Every time the session ended, my mother would text that it was a joy, so precious to her. She got to know my daughter – her granddaughter – so much better.”

When the Edah facilitator recently visited Israel, all the participating Israeli grandparents wanted to meet him. “The program was such a gift for them,” Shriki-Megidish adds.

Another benefit of the program, as Susan Berson points out, is that the grandparents got to know each other and learn from each other, as well as from the kids, week after week.

She also credits the teachers and their very positive approach. “They were so kind and respectful to the kids. Especially when we were joining together after the break-out rooms, when we shared what we discussed with the whole group. They really wanted to hear what the kids had to say. Sometimes it’s hard for kids to speak up in a group and they made it much easier.”

For those students who don’t have grandparents, or whose grandparents weren’t able to participate, the organizers paired them with family friends or Edah educators.

“We wanted to make sure that everyone was included,” Shriki-Megidish says.

While programming at Edah will be shifting back to in-person and hybrid participation, staff will be sending a weekly email to students, suggesting a task that they do with their grandparents, whether on Zoom or by phone. The students will then report back to teachers about how they did.

“This was something both sides were excited about. We want to hold that connection,” Megidish says. “It was such a joy.”

By Sandee Brawarsky, for The Covenant Foundation