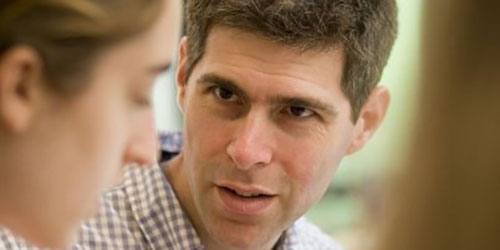 The B’nai Mitzvah Revolution--or BMR--couldn’t be happening at a better time.

It seems as if lately, our social media feeds are filled with stories of families struggling to figure out how to acknowledge this ancient ritual, while also making it relevant in 2015.

In response, Rabbi Brad Solmsen, Director of Youth Engagement at the URJ and his BMR co-director Professor Isa Aron of Hebrew Union College-Jewish Institute of Religion, are working with congregations to find learning opportunities for students who will see their Jewish journey take-off at the b’nai mitzvah point, not end there. (The BMR is a joint project of the URJ’s Campaign for Youth Engagement and HUC-JIR’s Rhea Hirsch School of Education and its Experiment in Congregational Education.)

“We are looking for systemic change,” said Solmsen. “We want to make the rite more meaningful and more community-oriented,” he said, “without diminishing the child’s personal sense of accomplishment.”

In some cities, the rate of teen drop out after the b’nei mitzvah event is as high as 75 percent. The event itself becomes the focus of a religious school’s educational plan which subsequently, causes b’nai mitzvah to be seen not as a beginning, but rather as the end of involvement for many Jewish teens.

Solmsen understands the crucial nature of this challenge—to retain Jewish teens within Jewish life—because of the spiritual journey that he, himself, traveled.

Solmsen, married and a father, grew up in New York City on its Upper East Side. His family were members of a local synagogue and for eight summers, he attended an all-boys camp located in Maine. When that camp closed, Solmsen was 15 years old. The following summer, when his local syngagogue sponsored a National Federation of Temple Youth (NFTY) trip to Israel, Solmsen went. And he credits those six weeks in Israel, as a 16-year-old kid, for changing his entire Jewish outlook.

“I had never experienced a Shabbat in my life,” Solmsen shared, “the way you do when you know it’s Shabbat. The notion that Judaism could impact every part of yourself and every part of your life was foreign to me. And the notion of a kibbutz of people intentionally living together and being Jewish together on a high level made a huge impression on me.”

Solmsen, who was ordained at the Hebrew Union College –Jewish Institute of Religion in New York and received a master’s degree in Jewish education from the Jewish Theological Seminary’s Davidson School, has made a career of being involved with Jewish teens and college students, working to help them see what he saw during that NFTY trip and beyond. For him, that “beyond” would include living and learning in Israel for four years.

“I knew very early that I wanted to work with teens and build community with them,” he said. “When I decided to go to rabbinical school, I saw it as an opportunity for building community. I’m a facilitator of teen learning and teen community building. I love working with teens and working with the adults who work with teens. I believe that the communities that have invested in young people are stronger communities. I’ve loved working with teens because of the powerful experiences I had as a teen. I love the questions they are asking, and I love how they are becoming independent and exploring and challenging us.”

He gives an example of an 11-year-old religious school student who was also a serious dancer. The student didn’t see any way of connecting dance to Judaism until she was introduced to an adult synagogue member, an experienced dancer. The student and adult formed a friendship based on their love of dance.

“All of a sudden this student is asking me all of these questions about modern dance in Israel,” said Solmsen. “What about dancing on Shabbat? So she is thinking not just about her bat mitzvah, but about how to connect dance to her life as a Jew.”

Solmsen also talked about a New Jersey congregation where both a traditional and alternative path to b’nai mitzvah are offered. At the synagogue, the b’nai mitzvah student presents a proposal to a committee of lay people.

“They can do anything they want for their bar mitzvah,” said Solmsen. “They might have a child who loves classical music or poetry, and that child wants to commit that area to the b’nai mitzvah. This family meets with an advisor and crafts a proposal to a committee. They and the committee then come up with a plan involving a special focus. Instead of cookie cutter, each family would craft their own bar or bat mitzvah learning process. You need to have a strategy and you need serious buy-in from the child, the family and the synagogue.”

“A congregation that wants to make change needs to be ready,” he continued. “We’re honing in on what that means. It’s not as simple as saying ‘sign up for this.’ We need more doors open to corridors that are deeply meaningful and engaging.”

“We want to start with the family who comes to the rabbi and says ‘here’s who my child is,’” Solmsen added. “Then a program is crafted according to who the child is. The core of Judaism is not about memorizing a Torah portion.”

“I think we have great opportunities to engage teens in Jewish life,” said Solmsen.

“Look, it’s an accident that I am where I am, because I checked out and if it weren’t for a trip to Israel, I wouldn’t be involved,” Solmsen asserted. “We have a huge opportunity in front of us. We started BMR as an opportunity to bridge the significant disconnect between what Jewish professionals want a b’nai mitzvah to be and what parents and young people want it to be. We have to address that disconnect. I think if you were to start to interview children and families after they walk off the bima, you’d hear that everyone had a meaningful experience and the parents and child were proud. If you asked the question ‘what’s next,’ too many would say, ‘I’m done.’ My dream is to change the whole experience so that when we ask ‘what’s next?’ the answer will be ‘I want more.’” 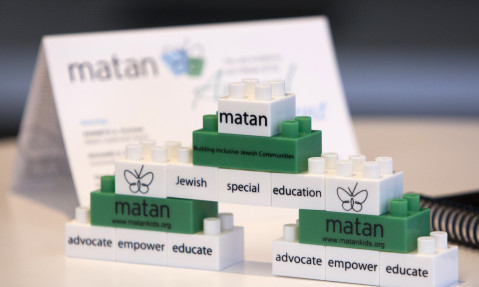