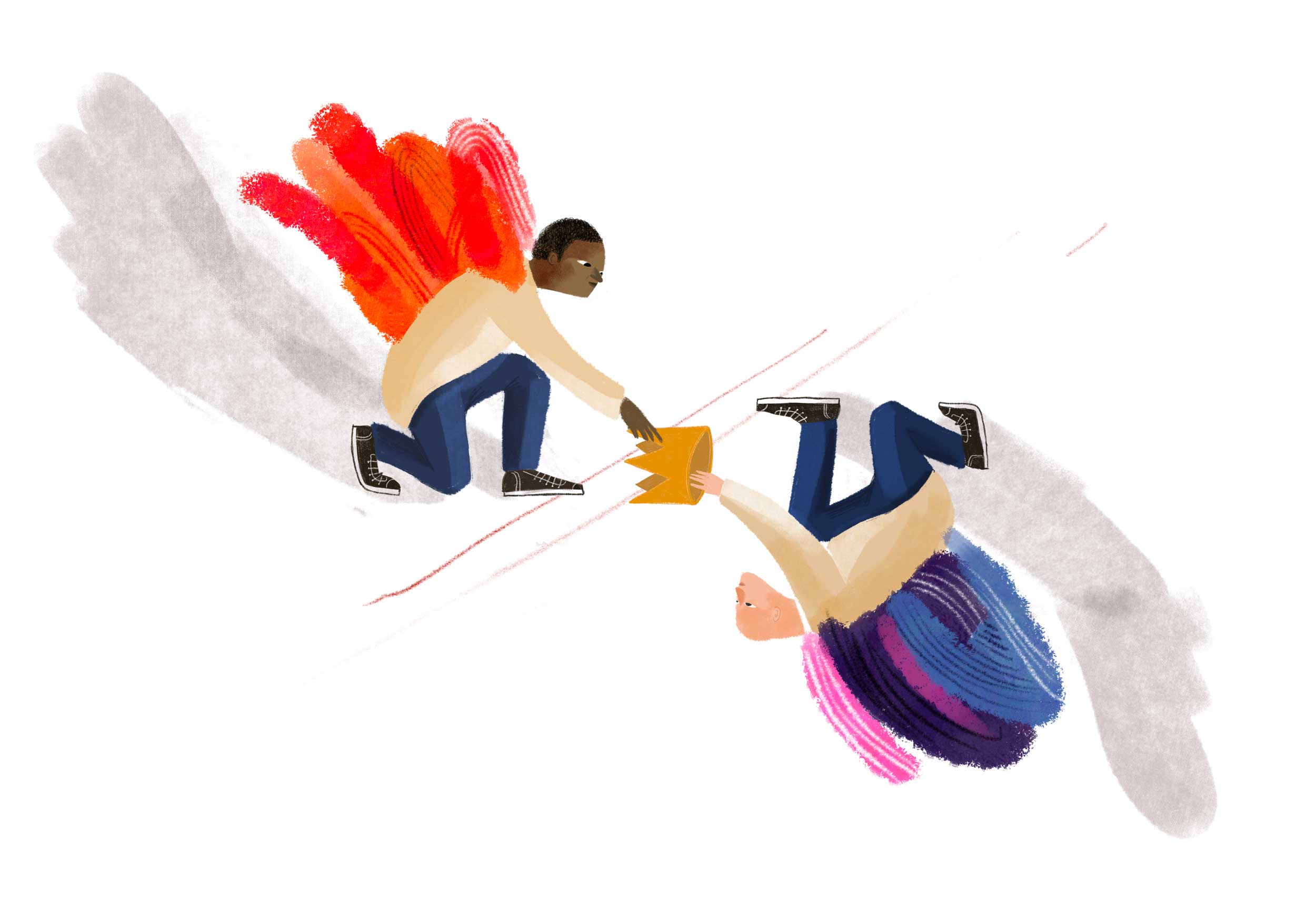 ARTICLE In Pursuit of “Beloved Community”: The Work of the In[HEIR]itance Project

Last March, Darian Dauchan, an actor, musician, and writer, clasped his hands and looked out at the audience at JCC Harlem. “We want to start our show by apologizing,” he said from the stage. “We are not going to solve racism tonight.”

The audience laughed because Dauchan was funny—and because hearing the word “racism,” they needed an outlet.

“But what we are trying to do,” Dauchan said, “—we want to push the needle on this conversation about tribes.”

The theme of tribalism had powered the In[HEIR]itance Project’s open playmaking process at JCC Harlem for more than six weeks in a project made possible by UJA-Federation of New York. Through intensive study and dialogue, artistic experimentation, and open rehearsals (with any and all feedback welcome), the community reached toward a new understanding of the “conversations that were, and were not, happening around tribalism, displacement, and gentrification” in their neighborhood.

That night—the evening of March 10th—The In[HEIR]itance Project and the JCC Harlem community had gathered for what would turn out to be JCC Harlem’s final program before it temporarily closed due to the escalating COVID-19 emergency. Many in attendance would remember it as their last evening out, in a crowd, for a long while. They spent it reconsidering the histories we shoulder and the legacies we carry—our inheritances, and how they continue to act on us, through us, and for and against us.

With nods to Black and Jewish artistic legacies, the play took the form of a variety show—Showtime at the Apollo meets American Jewish vaudeville—to create space for a plethora of voices, perspectives, and artistic modes. The variety show format also allowed actors to tear down the theater’s “fourth wall” and acknowledge the fellow community members that comprised their audience.

“With open playmaking, the process is the product,” said Jon Adam Ross, who is also the Managing Director and a Founding Artist of the In[HEIR]itance Project. “Each moment of engagement with the community has value. Each moment is an opportunity to welcome people in.”

Through music, dance, drama, and comedy, playmakers and performers found ways of exploring questions that had resonated throughout the process: What tribe or tribes do I belong to? How do I claim my membership—with language, a theme song, a flag, a style of dress? Beyond what I choose for myself, what tribal associations do other people assign to me? How does this impact my ability to join different communities?

For the communities with which the In[HEIR]itance Project has partnered—from those in New York to Kansas City to Seattle—the most crucial conversations have often required talking about race. “We are in service of the needs of the communities we work with—we listen to the communities,” Ross emphasizes. “Race is key in those stories.”

In a 2016 project in Charleston, for example, listening to the community resulted in a strong focus on race, social justice, and criminal justice reform. As part of a larger project to explore and express contemporary problems through the prism of Old Testament paradigms, the Charleston playmaking process saw the creation of The Rebecca Play.

Participants experimented with the idea of thinking of the City of Charleston as a mother—like Rebecca—who sometimes “played favorites” between her sons. To explore the shifting rights and responsibilities of Jacob and Esau—and to challenge the social positions and expectations of Charleston’s white and Black residents—the play consisted of scenes run twice, with casting “flipped” the second time. In the exchange of roles, the racial presentations of the actors (who presented as white, and who presented as Black) were meant to awaken the audience members to their own assumptions and to multiple dimensions of the story. The project was made possible with support from The Covenant Foundation.

“Great art poses questions, presents contradictions, pulls back the curtain—without necessarily trying to answer any of it,” Ross says. “It’s hard for people who need certainty, who don’t want to look in the mirror, who are comfortable with stasis and what’s familiar. It’s hard for many white people in America. But art lowers barriers to action.”

In its playmaking process, the In[HEIR]itance Project introduces an “inherited, sacred text” to respond to, take inspiration from, and sometimes debate with. For the project at JCC Harlem, it was Dr. Martin Luther King, Jr.’s words on “Beloved Community,” which ask us to envision the community we can build through the transformative practice of love for human beings.

For more than half a century, Dr. King’s concept of Beloved Community has inspired activists the world over, and perhaps none more than the late Representative John Lewis. “Consider [these] two words,” Representative Lewis wrote in his 1998 book Walking With the Wind: A Memoir of the Movement (co-authored by Michael D’orso). “‘Beloved’—not hateful, not violent, not uncaring, not unkind. And ‘Community’—not separated, not polarized, not adversarial.” When Dr. King spoke of Beloved Community, Representative Lewis heard the ideal that would motivate his life’s work.

For Jon Adam Ross, studying Dr. King’s text activated an aspect of Jewish practice from which he often takes inspiration—the obligation to form a minyan. “To accomplish certain tasks, you need a minyan, a quorum of community members. You can’t do it by yourself. These tasks include exploring inherited texts. To have true access, you need a quorum.”

In the In[HEIR]itance Project’s work, this translates into the imperative to gather community members, build on alliances and partnerships that may or may not have already existed, and ensure authentic representation. “It’s a radical attempt to realize the potential of Jewish values—to leverage them for the greater good,” says Ross.

The next In[HEIR]itance Project endeavor will be its first-ever online creative process—necessitated, in more ways that one, by the COVID-19 crisis. For many of us, the world feels irreparably changed, time seems to bend and shift, and justice remains parked elsewhere. Cycles, the Virtual In[HEIR]itance Project, will become a “collaborative reflection of the world changing around us.” At its core, it is about time and the need to envision futures beyond “the broken systems of our present.”

“Artists are not first responders to the health crisis of a pandemic, but we are responders who work on the front lines of many societal crises,” Ross says. “Once we survive and come out on the other side of any crisis, we have to figure out how to live in a new way. And artists are the imaginers, dreaming what's possible.”

Miriam is the Director of Content and Strategy at Pure+Applied, a multidisciplinary design studio in New York City. 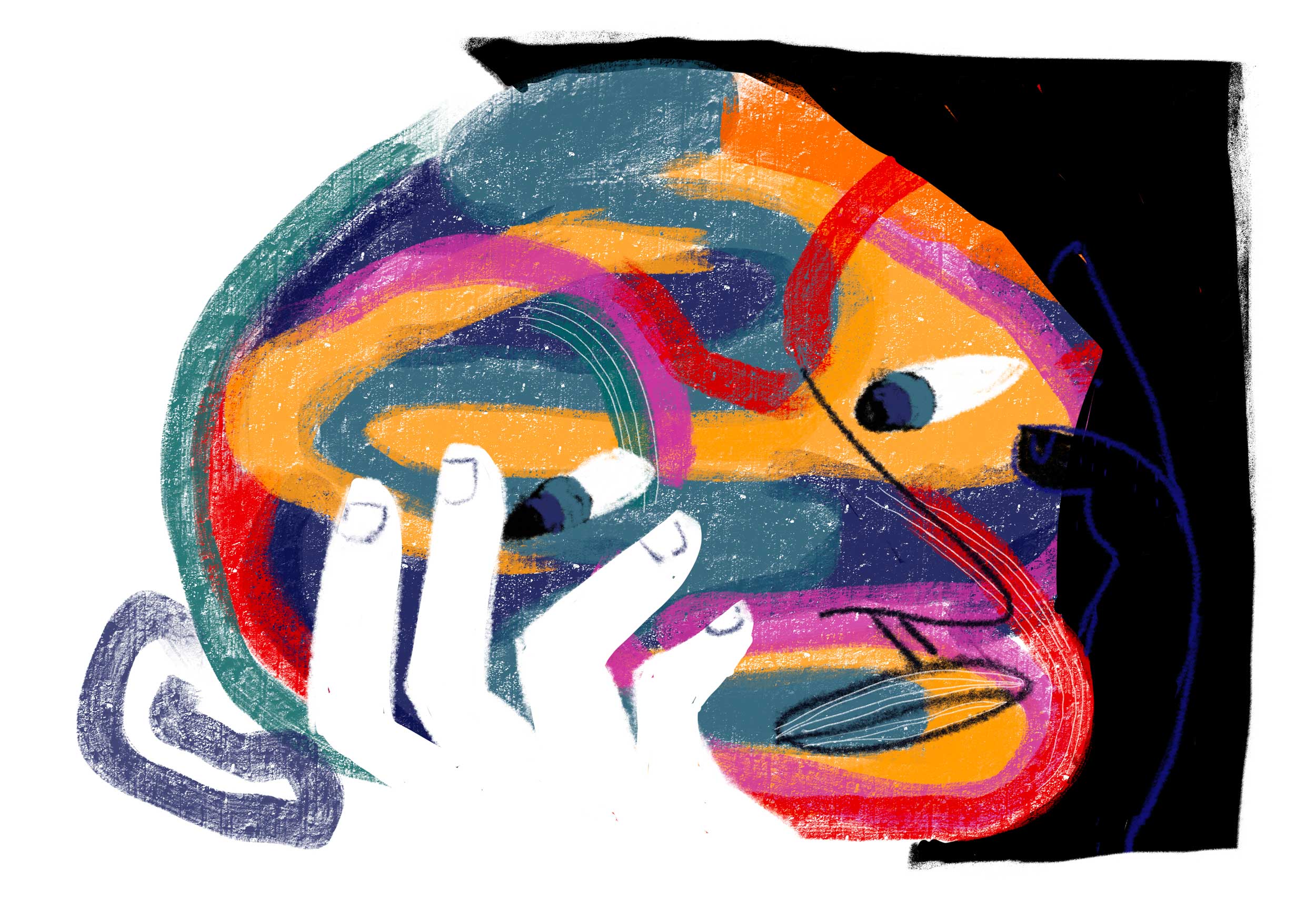 Re-Focus: Creator of the Jewish Lens Takes on Diversity