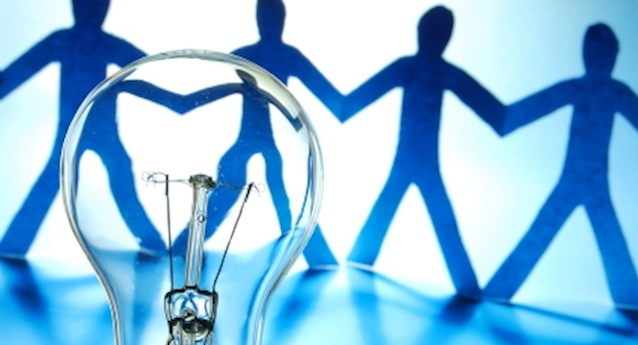 Steve Jobs once said, “to turn really interesting ideas and fledgling technologies into a company that can continue to innovate for years requires a lot of discipline.” But, as any innovator knows, it’s not just discipline that’s required for game-changing organizations to succeed. Rather, it takes discipline plus solid mentorship. And, of course, a spark.

So let’s say a Jewish entrepreneur has the discipline and the vision—but perhaps they’ve reached the “proof of concept” stage with their startup and they’re looking for guidance as they grow their organization further. Where do they turn?

UpStart would be a good place to begin. “People who come to UpStart are committed to seeing their project succeed. It is the focus of their life,” says Toby Rubin, UpStart’s CEO and founder. “We have a strategy—which is reflected in our mission and work—to accelerate the best ideas that will contribute to vibrant Jewish living.”

“The word ‘accelerate’ is really jargon,” Rubin adds quickly. “What we’re doing is creating the opportunity for something to happen more quickly than it might otherwise without support. A supported idea can move from point A to point B faster, and point B is a place where we can determine if an idea is sustainable, or if it’s not.”

A multitude of sustainable ideas have already been proven through UpStart’s accelerator program since the nonprofit first launched in 2008. With alumni including G-dcast, Urban Adamah, Mishkan Chicago, Wilderness Torah and many others, the UpStart team has cultivated ventures that are changing the face of 21st century Jewish life.

So what’s the secret? To begin, each startup accepted into the UpStart accelerator is treated to four central benefits: product development, networking, community of practice, and funding. These benefits translate into training in practices tested and proven in the for-profit sector, a 2-day immersive retreat and several free full-day workshops, one-on-one coaching sessions with UpStart consultants who have expertise in areas including education, fundraising and organizational development, as well as access to the entire UpStart mentorship team for what Rubin calls “411/911 support.”

If an accelerator is struggling to set up a marketing plan, or has reached a fundraising roadblock, or isn’t sure how to manage the business infrastructure of their developing organization, the UpStart team is available to coach and guide members through that sometimes sticky morass of growing a venture. “Everybody has the number to call,” Rubin says. “We’ve got their back.”

In addition, being accepted into the accelerator program means access to a network of colleagues from current and former cohorts, which affords each member the benefits of peer coaching and the delivery of expertise, and ultimately serves to “accelerate” everybody’s project.

There’s that word again. Accelerate. And even if it’s jargon, it’s central to UpStart’s recipe for success. But ultimately, there’s another word that comes up just as often when talking to Rubin and others about UpStart’s work. That word is “impact,” and it’s what the UpStart team is tracking when they select each cohort for the accelerator program.

Quite often, says Rubin, it’s clear from the start whether a venture has the capacity to make an impact in the Jewish world. “There are certain indicators that an organization might not be successful,” Rubin explains. “Perhaps when reading an application we see that a startup hasn’t spent enough time figuring out why they should be funded, and has focused instead on just getting the funding itself. When this happens, it’s clear that they don’t understand what their own work is.”

Rubin knows that looking for funding is an integral part of any startup’s growth process, and she echoes the idea that a small amount of funding can yield great change for an organization. “But small or big,” she cautions, “the funding is misplaced if the organization doesn’t have the capacity to create an impact.”

In a recent blog post on their website, Maya Bernstein, an UpStart associate and Covenant Foundation Pomegranate Prize recipient likens the idea of making an impact and creating change to the debate about the mitzvah of lighting Chanukah candles. Namely, she writes, there’s a question in the Talmud about whether the mitzvah of hadlakah (lighting) is linked to the actual lighting or to the placement of the lit Chanukah candles—where they can be widely seen.

“If the candles are lit but not seen and shared, what is actually being accomplished?” Bernstein poses.

“This debate can be understood as a metaphor at the core of any program…attempting to create change,” Bernstein continues. “If the program is successful in inspiring or changing individuals, but is not effective in creating change within an organization or network as a whole, is it enough? Is it worth it?”

“The first step, which is the most critical, is to create the light,” she concludes. “Once the light is shining, if it is a true light, it will inevitably be placed, and will inspire and ignite others.”

It seems that no matter which words one uses to describe the process of nurturing innovators toward making great changes in the Jewish world, one thing is irrefutable: it all starts with a spark. 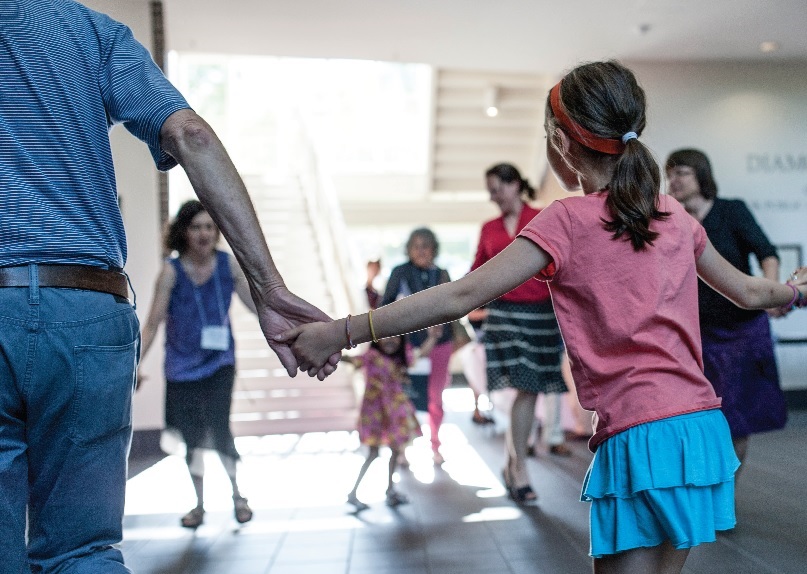