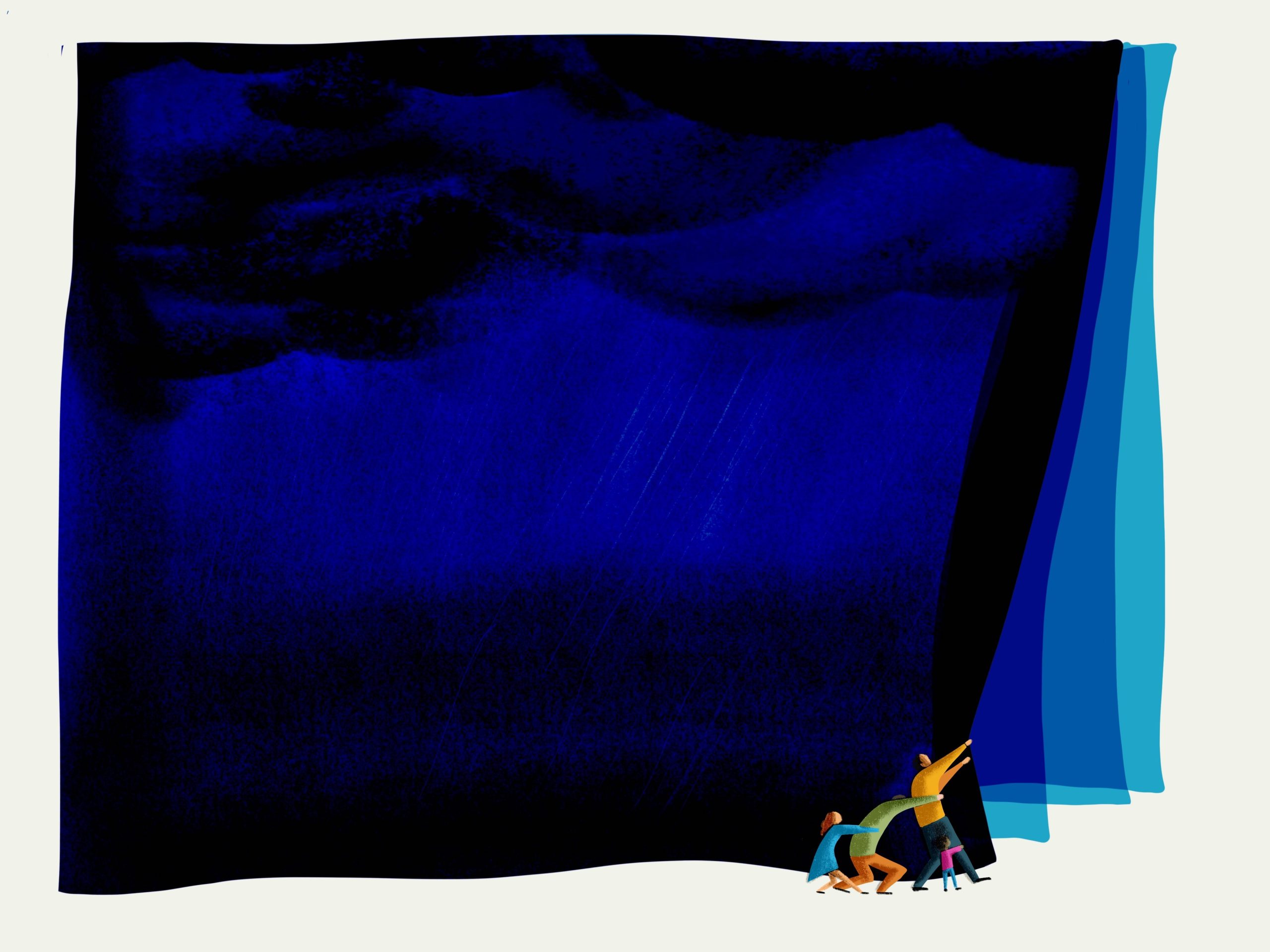 ARTICLE How Orot Fosters Wellness In Its Community

In July of 2022, Orot: Center for New Jewish Learning in Illinois planned to host a daylong retreat for women in the serene and abundant environment of a nature preserve. The retreat would be a chance for adult learners to explore—through the prism of midsummer and the month of Tammuz—the challenges of life’s contradictions. How can we at once hold joy, pleasure, and beauty, as well as struggle, pain, and loss?

The questions that were to define the retreat took on acute, painful relevance in the aftermath of the deadly mass shooting at Highland Park’s Fourth of July parade. Members of the Orot community, and their friends and family members, were grief-stricken. Some had been at the parade and fled the gunfire; others continued to feel a palpable sense of terror in their wider communities.

Orot’s immediate reaction was to host a free gathering, online, for anyone who needed a healing space. Then it was called upon to respond to an increase in demand for its already-planned retreat. People needed an experience through which to process their feelings about the violence and loss. They turned to Orot.

“The retreat was shaped very intentionally from the beginning. But it took on its own energy because of the people who were there and what they needed,” explained Rebecca Minkus-Lieberman, an Orot founder and creator of the retreat experience.

Orot has always worked to center its learners’ wellbeing. Now its approach helped it to offer real comfort in an exceptionally difficult moment. The day of the retreat, Orot’s openness to the life experiences of its students—and to facilitating intersections between those experiences and Jewish wisdom—created ways for people to both share and process their grief. The expansive program provided a safe environment in which to share feelings of vulnerability while engaging in group learning, movement and art-making, and practicing mindfulness in nature. As one student later said, the retreat was a chance to “re-collect” herself and find her ground again.

For eight years, Orot has offered adult Jewish learners myriad ways to find their ground. The organization’s five founders came together to fill a gap in the Jewish learning landscape in the Midwest. Their aim was to create a place that would “meet adult Jewish learners where they were”—extending beyond the intellectual and offering Jewish wisdom as a resource for navigating the ups-and-downs of all of life.

“We wanted to design learning experiences that would meet Jewish adults in an integrated, holistic way—speaking to people’s heads, their hearts, their embodied selves, their spirits, their creative selves,” Rebecca Minkus-Lieberman explained. (Minkus-Lieberman and Dr. Jane Shapiro, a recipient of the 2017 Covenant Award, are the two cofounders who still work with Orot full-time.)

Rather than presenting large, one-off programs, Orot creates more intimate classes, series, cohort experiences, and communities through which people can flourish or grow over time, together with educators and with one another. Orot prioritizes participants’ wellbeing and development, and its relational approach ensures that learners’ needs remain in-focus. Orot’s educators create spaces in which learners can ask questions that are deeply relevant to their own lives and explore not only their struggles, but also possible ways forward.

Even as Orot invites adult learners to bring their whole selves to their learning, it remains committed to offering a diversity of pathways to Jewish wisdom and connection. Classes and workshops, trainings, conversations, and other events bring different modalities into conversation with Jewish wisdom. A Jewish text, practice, or teaching is centered in every experience and is then layered with other forms of wisdom—from genres such as poetry, philosophy, and art, and including modalities such as mindfulness, meditation, music, and embodied practice or movement. Depending on the program, different Orot teachers are involved in designing and offering it. Programs evolve as the community evolves.

The adult learners who participate in Orot’s programs are of diverse backgrounds and have a range of prior Jewish learning experiences—from positive to negative to none at all. A common denominator, however, is that they are seeking spiritual nourishment or fulfillment. They are looking for contexts and spaces in which they can do the work of asking questions in community. Having doubts or difficulties, or even simply trying to navigate life experiences, can feel isolating. Orot brings wonderers into community and offers them the spiritual accompaniment of educators who light pathways to Jewish wisdom.

“It’s about welcoming people into Jewish text and Jewish wisdom,” Dr. Jane Shapiro said. “Because we draw on Jewish wisdom in our own lives, we can say, ‘Look at this treasure-house we have. It’s our inheritance from our ancestors—and it’s yours, too. We’re not here to be the experts and to tell you what it means. We’re here to help you unlock the secrets for yourselves.’

“There’s a certain way of sharing this common inheritance that helps people realize, ‘Wow. The Torah is a resource for me, for my life.’ That’s the practice,” Dr. Shapiro added.